MILCK and the Power of Speaking Out 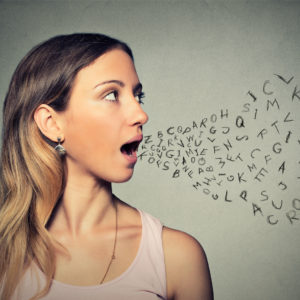 MILCK is a singer, songwriter, multi-instrumentalist, and poet. Her song, “Quiet,” is a clarion call for people of all races, creeds, and colors who have suffered and survived gallantly in the face of trauma, trials, and tribulations. MILCK created the #ICANTKEEPQUIET Fund to help build a culture where anyone can find tools to protect against and protest injustice. The Joyful Heart Foundation is one of three beneficiaries of the Fund. To learn more about the #ICANTKEEPQUIET Fund, visit icantkeepquiet.org.

I am a musician, an empathy enthusiast, a believer in the potential of people, and a survivor of sexual assault and abuse.

I am also a first-generation Chinese-American woman who was taught that women with big eyes and small mouths were more attractive because they would observe more and speak out less. As I was growing up, I often felt I was too opinionated or too wild for my traditional upbringing. I was not Chinese enough inside the home, and not American enough outside of it.

Because I didn’t feel like I belonged anywhere, I never quite felt valid enough to ask for help or respect. I learned to float, hide, and stay out of people’s way. In fact, when I was sexually assaulted, I blamed myself for bringing trouble and shame into my family. I carried this heavy guilt for years.

As the shy girl, I relied on the safe space of music to express my power. I tried for years to write a song that would encapsulate the feelings I’d get whenever someone stereotyped, oppressed, or silenced me. I didn’t succeed until I started my own journey of therapy and recovery as a sexual assault survivor—until I told myself that I am enough as I am, and that what happened was not my fault. “Quiet” was my own little therapy song, a song that came to me in my dreams as I was in the middle of the most intense part of my healing journey.

When I composed a choral arrangement of “Quiet” and invited 25 strangers to sing it with me on the streets of Washington, D.C., during the Women’s March, our last performance went viral. My life became an adventure filled with traveling, performances, and speeches all over the world. From Guadalajara, Mexico to Toronto, Canada, the people I connected with were a diverse kaleidoscope of faces hungry for meaningful and empowering connection.

Amidst all these inspiring, positive events, I was truly caught off guard when I was sexually harassed by a cab driver during a cab ride in New York in the fall of 2017.

Ironically, I had flown in from Los Angeles to sing for a series of different events focusing on sexual assault survivors, including a discussion of Mariska Hargitay’s documentary, I AM EVIDENCE. There I was, a woman beginning my own journey as a sort of spokesperson for survivors, getting sexually harassed by a cab driver.

The driver grabbed and massaged my arm as I tried to pull away. He talked about his sexual desires, implying that I could fulfill them. I panicked in silence.

We reached my destination and he followed me out of the car and asked to take a photo. Before I could respond, he pulled me toward his body and rubbed against me.

I pulled away and said, “What you’re doing and saying is making me very uncomfortable.” He reacted as if I were the one acting inappropriately. I grabbed my luggage and left as quickly as possible. In autopilot mode, I even tipped him.

As soon as he left, I called the number for the Taxi Limousine Commission (TLC) and asked to file a complaint of sexual harassment. The operator paused.

I thanked her and hung up. I didn’t want to call 911, thinking of all the other crimes in New York that needed attention. But when I thought about how this man could be harassing other women, I reminded myself of the chorus of my song: I can’t keep quiet.

Despite my positive experience with the police, the cab driver’s behavior triggered me deeply. It brought up classic, painful thoughts:

Eventually I forced myself to remember the encouraging words from my therapist, from friends, and from all those who have shared stories of survival in the #icantkeepquiet community. I used all these past moments of support to coach myself through the negative self-talk.

When the TLC contacted me to tell me the driver who sexually harassed me pled guilty, a weight lifted from my shoulders. Now the driver has sexual harassment on his record, and he’ll think twice before trying to test his limits with his next passenger.

Now the driver will know that some women cannot keep quiet.

This whole experience reminded me that the instinct to question myself after someone has wronged me is a deep-seated habit, and something I will continue to work through. I also learned it is worth raising a ruckus if it means potentially protecting other people from harm. There are people who will understand and offer their help.

Compared to what I was taught in my childhood, I have the power to create my own sense of belonging, no matter how opinionated or outspoken I am. I can help create a new world where men, women, and people of all genders are treated with empathy and respect—a world where survivors can thrive and find joy. What a privilege that I get to continue my work as an artist and activist with a renewed sense of purpose, knowing once and for all that I can’t—I won’t—keep quiet.