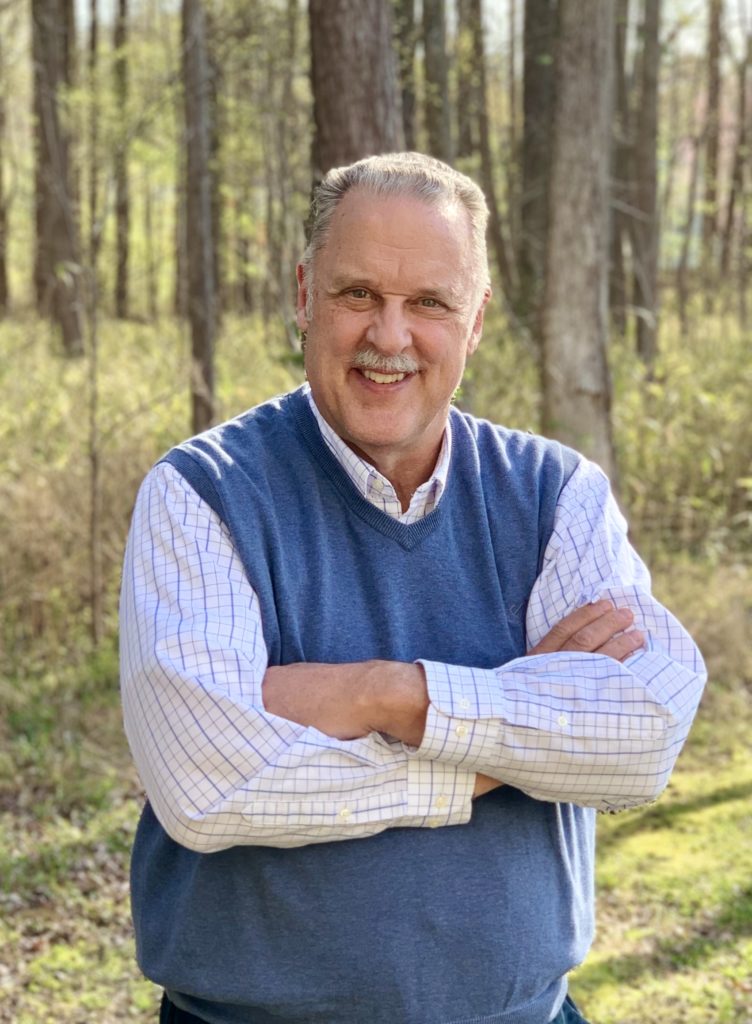 The biggest shock Joe experienced upon entering the ministry in 1979 was the discovery that over 70% of his one-on-one ministry was helping victims of abuse, most of them adult survivors of childhood molestation. In order to get a better handle on the problem he took the forty-hour training with the local Rape Crisis/Domestic Violence Center and became a volunteer Crisis Intervention Counselor.

In 1989 he accepted the part-time staff position of Prevention Education Specialist with the agency. Over the course of the next six years, Joe presented over seventeen hundred programs to over forty-seven thousand people, ages ranging from preschool up to and including senior citizens, on Sexual Abuse, Prevention and Domestic and Dating Violence. During this time, God placed the plaintive voice of a child in his heart, crying for help. That cry was to become Joe’s all consuming motivation.

On June 1, 1995, Joe founded a new ministry, From Victim to Victor (formerly known as COMPASS). Skillfully blending disheartening facts with humor, riveting testimonies, music, and gripping object lessons, he attacks the epidemic of Sexual Abuse, Domestic and Dating Violence within our society and the church head-on.

Joe has been the keynote speaker at statewide conferences, conventions and workshops.

I Got Flowers Today

I got flowers today, and it wasn’t Mother’s Day or any other special day. Last night he beat me again. It was much worse than all the other times. If I leave him, what will I do? How will I take care of my kids? What about money? My rent? My image at work? What would people say? I’m afraid of him and scared to leave. I know he must be sorry because he sent me flowers today.

I got a dozen roses today. Today is no special day. I just caught him messing around with another woman. I yelled at him and he gave me a black eye.

I got flowers today. He must really love me. He sent me two dozen roses this time. Last night when I came home he was in the bathroom smoking that stuff again.

I got flowers today. Today is a very special day, it was the day of my funeral. I’m finally at rest. My little children are crying. God will You take care of them? Last night he finally killed me. He beat me to death and then shot himself. If only I had gathered enough courage and strength to leave him, I would not have gotten flowers today!

Teddy, I’ve been bad again. My Mommy told me so, I’m not quite sure what I did wrong, but I thought that you might know. When I woke up this morning, I knew she was mad, ‘Cause she was crying awfully hard, and yelling at my dad.

I tried my best to be good and do just what she said, I cleaned my room all by myself. I even made my bed. But I spilled milk on my good shirt when she yelled at me to hurry, and I guess she didn’t hear me when I told her I was sorry. ‘Cause she hit me awfully hard, you see, and called me funny names, and told me I was really bad, and I should be ashamed.

When I said, “I love you, Mommy,” I guess she didn’t understand. ‘Cause she yelled at me to shut my mouth or I’d get smacked again. So I came up here to talk to you. Please tell me what to do. ‘Cause I really love my Mommy, and I know she loves me, too. And I don’t think my Mommy means to hit me quite so hard, I guess sometimes grown-ups forget how really big they are.

So, Teddy, I wish you were real, and you weren’t just a bear, Then you could help me find a way to tell Mommies everywhere. Please try hard to understand, how sad it makes us feel, ‘Cause the outside pain soon goes away, but the inside never heals. And if we could make them listen, maybe then, they’d understand. So other children just like me wouldn’t have to be hurt again.

For now I guess I’ll hold you tight and pretend the pain’s not there. I know you’d never hurt me. So goodnight, Teddy Bear.

Teddy Stallard certainly qualified as “one of the least” interested in school. He was musty, clothing wrinkled, hair never combed, and whenever Miss Thompson, his fifth grade teacher, spoke to him, he always answered in monosyllables. He was unattractive, distant, and just plain hard to like.

His teacher said she loved all her class the same, but deep down inside she wasn’t being completely honest with herself. Whenever she corrected Teddy’s papers, she got a certain perverse pleasure out of putting big red “X’s” next to his wrong answers, and when she put an
“F” on the top of his test papers, she always did it with a flair. She should have known better, she knew more about Teddy than she wanted to admit. His records read:

2nd Grade: Teddy could do better. His mother seriously ill. He receives little help from home.

3rd Grade: Teddy is a good boy, but he is too serious. He is a slow learner, his mother died last year.

4th Grade: Teddy is very slow, but well-behaved. His father shows no interest in him.

Christmas came, and Miss Thompson’s class brought her presents. They piled their gifts on her desk and crowded around to watch her open them. Among them was one from Teddy. His gift was wrapped in plain brown paper, and held together with scotch tape. On the paper he had written these simple words, “For Miss Thompson,...

"For Miss Thompson, From Teddy.” When she opened his present out fell a gaudy rhinestone bracelet, with some of the stones missing, a used bottle of cheap perfume.

The other boys and girls began to giggle and smirk over Teddy’s gifts, but Miss Thompson at least had the good sense to silence them by trying on the bracelet, and spraying some of the perfume on her wrist. Stretching out her hand toward the children she asked, “Doesn’t it smell lovely?” Taking their cue from their teacher, the children agreed with “oo’s” and “ah’s”.

At the end of the school day, Teddy lingered behind after the other children had left. He slowly approached her desk and said, “Miss Thompson, my mother’s bracelet looks real pretty on you. And you smell just like my mother, the perfume was her’s too. Whenever I miss her, I smell her perfume and it reminds me of her! I’m glad you liked my presents.” When Teddy left, Miss Thompson got down on her knees and wept as she asked God to forgive her.

The next day the children were greeted by a new teacher. Miss Thompson had become a different person. She no longer was just a teacher, she had become an agent of God’s love. She was committed to loving her class, and doing things for them that would live on after her. She helped all the children, especially the slow ones, and especially Teddy. By the end of the school year Teddy showed dramatic improvement. He had caught up with most of the class, and was even ahead of some.

She didn’t hear from Teddy for a long time. Then one day, years later, she received a graduation announcement with an enclosed note.

Dear Miss Thompson:
I want you to be the first to know that I will be graduating second in my high school class. Thank you for believing in me when no one else did. Love, Teddy Stallard

Dear Miss Thompson:
I’ve just been informed that I will be graduating first in my college class. The work was challenging, but I enjoyed it. Thank you for all that you have done for me.
Love, Teddy Stallard

Finally she received the most exciting graduation announcement of them all.

Dear Miss Thompson:
As of today, I am Theodore Stallard, M.D. How about that? I wanted you to be the first to know. I’m getting married next month, the 27th to be exact. I want you to come and sit where my mother would sit if she was alive. My father died this past year, you’re the only family I have now. Love, Dr. Theodore Stallard, M.D