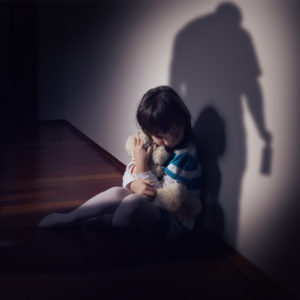 This article is by Stop Abuse Campaign

Domestic violence is defined by the ACE study as seeing your mother or stepmother often pushed, grabbed, slapped, or had something thrown at her, sometimes or often kicked, bitten, hit with a fist, or hit with something hard or ever repeatedly hit over at least a few minutes or threatened with a gun or knife? And, while the original ACE study was conducted in the 1990’s and conducted with people who were born in the 1930’s, 1940’s and 1950’s, so questions about women abusing men or abuse in same-sex couples were not asked, it makes sense that the trauma inflicted on children would be similar.

Watching one person who you love and who is supposed to love you violently abuse someone else you love, you depend on and who loves you is terrifying. It shatters a child’s belief that they can be safe in their home or in their skin. A parent who is being abused is very stressed, and is unlikely to be able to function as well as a parent as they otherwise would. Sometimes children will try to defend their victimized parent, which places them at horrible physical and emotional risk, and sometimes they mimic the abusive parent’s words and actions, which can cause guilt, and habituates them to behaving violently. And this is assuming the abuser isn’t doing anything else to directly abuse the child, and that their victim is still functioning as a parent.

It’s important to understand that there is always more to the relationship than the physical abuse. Abusers are very good at manipulating their partners, and they typically isolate their victims, control their finances and use massive emotional abuse to make their partner believe they are reliant on their abuser. This makes leaving difficult

Domestic violence seems to be caused by a combination of an individual’s need for power and control, which is often tied to their own trauma history, and society’s misogynistic tendencies. Abusers form a belief system that revolves around their being entitled to certain things from their partner and that they are allowed to use force, violence or coercion to get what they want. While an abuser’s personal experience with trauma is likely to play a role in their desire to abuse, it’s important to note that treating any underlying trauma, mental illness or addictions that may be diagnosed in an abuser will not stop them from being abusive. And domestic abusers rarely stop being abusive.

Specific steps can be taken to screen pregnant women and new mothers for domestic violence and if they are being abused they can be given service referrals. Maternal Home Visiting programs typically screen for domestic violence, and given the long-term relationship the visitor builds with the family they get a very good idea of a family’s true dynamics.

Victims who are ready to leave need comprehensive services available, including shelter that can accommodate any children she may have, financial support, legal and logistical support to disentangle themselves from any contracts she may be in with her abuser, and therapy for her and her children. She may also need parenting support as traumatized children become more difficult to parent, and especially if the abuser made them say or do abusive things to their mother. It is also important for service providers and legislators to ensure that the abuser cannot use custody of their children as something to maintain control of their victim.