Do women have a right to leave their abusers? 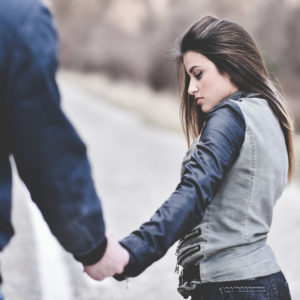 Jennifer Schlecht is one of the most recent women to be denied what should be a fundamental right. The right to leave her abuser. Jennifer’s husband like many abusers believed she did not have this right. When the courts and law enforcement do not guard this right, as a practical matter, the right disappears.

Jennifer Schlecht told her husband that she wanted a divorce. On the day she planned to seek a protective order he decapitated Jennifer and slit the throat of their five-year-old daughter. Abusers who believe she has no right to leave use a variety of cruel tactics to enforce their “rights.” The tactic used in this case is the most severe but is all too common.

When a woman is murdered, law enforcement usually focuses on her present or former intimate partner as the most likely suspect. Police are not known as a radical feminist organization and they don’t look for her partner because they are anti-men. Their experience and the research demonstrate, that most of these murders are committed by the partner of the victim. It would be bad practice and a waste of resources to ignore the patterns and research. Unfortunately, that is exactly what our family courts do every day.

Abusers tend to be very manipulative and their public behavior is very different than their actions in private with just their immediate family. News stories about the most horrific domestic violence crimes usually include quotes from family, friends, neighbors, and co-workers about what a nice guy he is. The take away is that they cannot imagine him doing something so heinous. It must be a mistake or some sudden mental health issue. In family court, non-lethal abuse can be dismissed as the victim’s lie.

In the Daily News article, he was repeatedly described as a “nice guy” by friends and co-workers. They talked about him taking his daughter to school and carrying her on his shoulders. Other quotes included, “Everybody knows him on this block,” “He was a really good guy,” “I’m really stunned,” “He always minded his business” and finally “He was a non-violent guy.” After the murder one neighbor asked why he “snapped” like this.  The police who saw the murder scene referred to him as “deranged.” They were all telling the truth and describing the man they knew.

His wife and daughter knew the man the neighbors described, but they also saw a different man in the privacy of their home. Jennifer had previously sought a protective order but did not follow-through. He had repeatedly threatened her when she sought to end the relationship. He clearly believed she had no right to leave and he was entitled to do whatever was necessary to stop her from leaving (the threats) or punish her if she continued to seek an end to the relationship.

In the last ten years, over 700 children involved in contested custody have been murdered usually by abusive fathers with similar motives. In many of the cases, the courts provided the killers with the access they needed over the objections of protective mothers. The police know the patterns of abusers killing their partners when she tries to leave, but family courts are trained to look at each case and each incident separately and so make the same mistakes over and over.

The mother was rightly afraid of a father who repeatedly threatened to kill her. If this killer had sought custody, as most abusive fathers do, instead of murder to regain control, the court would have viewed this family as good candidates for shared parenting. This would give the killer repeated access to his victims and the ability to thwart any decisions she wanted to make for her child. Her desire to avoid contact with someone threatening to kill her would be viewed as uncooperative and she would be punished, probably with the loss of custody if she didn’t embrace co-parenting.

The court would have been strongly influenced by all the non-probative information that would have been used to prove he was safe. He was repeatedly seen caring for his daughter. He was viewed as non-violent. The mother sought a protective order but did not follow-through. She had no police or medical records. The daughter he killed would not have shown fear when observed interacting with him. Some of the people who were interviewed could have been his witnesses. Judges and evaluators are not experts in domestic violence and they constantly make the same mistake of failing to differentiate public and private behavior. The killer would have passed his psychological tests because he did not have a mental impairment that required hospitalization.

No Right to Leave Abusers

The Quincy Model was the first successful response to domestic violence. A county that averaged 5-6 domestic violence homicides every year enjoyed several years in a row with no murders. One of the key success factors was making it easier for victims to leave. In contrast, when Dutchess County, New York investigated the cause of a series of DV homicides they found that faulty custody court practices that helped abusive fathers and discouraged mothers from seeking protection from the courts were a significant factor contributing to the murders.

One of the problems in family courts is a fundamental misconception about the cases they are dealing with. The courts are fine when dealing with two safe parents and these cases are easily resolved. The problem is when the courts try to respond to the type of case Jennifer Schlecht would have been dealing with if she was allowed to live.

Most custody cases are settled more or less amicably. The problem is 3.8% of cases that require trial and often much more. The research confirms the vast majority of these cases involve domestic violence. These are the cases in which the fathers believe the mother has no right to leave so they are entitled to use any tactic necessary to regain what they believe is their right to control their victims. This is what the “fathers’ rights” movement is really about.

These are the most dangerous cases that include the 700 child murders in the last ten years. These are cases where mothers and bystanders also lose their lives. More commonly the abusers are willing to hurt the children because this is the best way to hurt the mothers. They may hurt the children directly with physical or sexual abuse or by performing a motherectomy. At the very least, their bad behavior and interference with needed treatment will expose children to the harms caused by Adverse Childhood Experiences (ACE). Family Courts rarely know how to respond because few judges or evaluators have the necessary training about the ACE Research.

Court professionals have been taught to treat these dangerous, domestic violence cases with a “high conflict” approach. This assumes you have two safe and loving parents who want what is best for the children. They are pressured to cooperate and co-parent. This works great for abusive fathers who sought custody to regain control over their victims. It works terribly for battered mothers and their children. We tell these victims to leave their abusers, but the family courts punish them when they try to get away from his abuse and protect the children.

Cases in which there has been a history of domestic violence, unequal power and fear are never appropriate for shared parenting. The courts seek to overcome the insurmountable problem by appointing mental health professionals to help the parents cooperate. This is a great revenue source for court professionals, but a disaster for victims and children.

Courts like shared parenting because it helps them dispose of difficult cases on their crowded calendars. Abusers like it because the mother is usually the primary parent and the safer one. Shared parenting is a way to get a foot in the door and be treated as if they were equally deserving. They can cause more trouble later to obtain sole custody.

Family Courts are careful to protect the “rights” of abusive fathers. They think children benefit from having two parents in their lives. This is true in general but not when one of the parents is abusive. ACE tells us that abusers cause children to live with the fear and stress that causes a lifetime of misery. Many courts understand that the mother’s relationship with the children is far stronger and think it is their job to strengthen the father’s position.

The killer of Jennifer Schlecht is far more similar to the abusive fathers seeking custody than courts understand. They all believe she has no right to leave so they are entitled to do whatever is necessary to regain their entitlement to control her. The difference is in what harmful tactics they are willing to use to enforce this entitlement.

The courts are not doing children a favor by keeping abusive fathers in their lives.  Living with his abuse is far more harmful than living without him. It is especially problematical because many court professionals do not know how to recognize abuse or severely minimize the harm from it. Practices that force the abusers to change their behavior if they want a relationship would be far better for the children.

Children exposed to domestic violence and child abuse will live shorter lives and suffer a lifetime of health and social problems. Contested custody cases are usually the last chance to save children from these awful consequences. When the courts side with the abusers and fail to recognize the risk, they take away the children’s last chance for a full and healthy life. I believe the children must have the right for family courts to use best practices to safeguard a future unencumbered by Adverse Childhood Experiences (ACEs).

Do women have a right to leave their abusers? The title of this article almost seems like a rhetorical question. How can we possibly live in a society where women do not have a right to leave their abusers? What kind of sexist and foolish practices have created a nightmare where she is required to be exposed to more abuse? Quincy put itself on the side of battered women and was able to protect them.

I don’t like writing tragic stories about women like Jennifer Schlecht. I could just talk about the research and the solutions, but it is the faces and the names that draw public attention and make it more likely we can adopt needed reforms. Jennifer had a right to leave and a right to live. It is high time the courts discuss those fundamental rights every time they are asked to make a decision that places these rights in jeopardy.

If we were weighing rights equitably, a father’s “right” to regain control and punish the mother for leaving would lose every time.

Posted in Blogs and tagged abusers, Do women have a right to leave their abusers?, leave