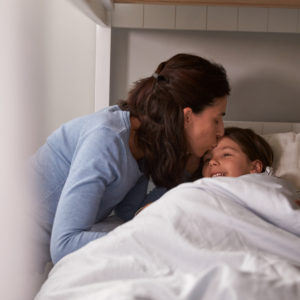 The church was small; only around 70 people were present, including the youth. The elementary school age children were seated on the floor around the altar as I ministered to them through music and humor on Sexual Abuse & Prevention.

There was a woman with a five-year-old daughter visiting that evening whose family had a seemingly innocent bedtime ritual, every night Daddy would bathe her, then Mommy would tuck her in bed. What Mommy didn’t know was that during the bath time her husband was fondling their daughter! Not knowing what his daughter had learned that evening at church, Daddy molested her again that night during her bath time. This time the results were different, because of what she had learned from our ministry that evening, when Mommy tucked her in bed for the night, she told her what had been happening.

Unfortunately. she is not alone. One out of every four girls and one out of every seven boys will be the victim of a sexual assault by the age of fourteen.

The father phoned me a couple of weeks later. As I listened to the torment in his voice God spoke to my heart. “Brother, God says to tell you that suicide is not the answer!”

“It’s the only answer I see,” he replied. “None of my daughter’s friends will be allowed to come over and play with her once this hits the newspapers.”

“Let me tell you what will happen if you commit suicide, your daughter will grow up blaming herself all the days of her life for your death. She’ll be haunted with the condemning thought, ‘If I hadn’t told, Daddy would be alive today!’”

This insight helped to give him the motivation he needed to get help. For the safety of his daughter he is mandated by the court to live apart from his family for an unspecified season, but he’s getting help and making miraculous progress. His daughter is getting ongoing help as well, and responding well to therapy. God is slowly taking what the enemy meant for evil and working it for their good. “But where sin did abound, grace will much more abound!” (Romans 5:20)