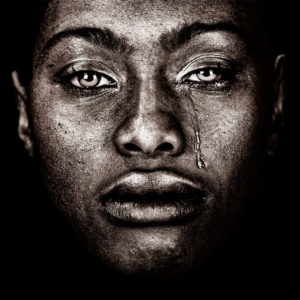 To understand why I classify Racism and Discrimination as a form of abuse, we must revisit the definition God gave me of abuse years ago. I was addressing a group of doctors, telling them of a Domestic Violence Shelter that had recently opened in our community when one of them asked me to define abuse. I stood there flustered and embarrassed. I used the word constantly in my daily vocabulary, and I had never heard it defined. Suddenly the Holy Spirit Spoke to my heart and said, “ All things are to be for edification.”

I immediately recognized it from I Corinthians 14:26, and knowing that “edification” means to build up, I quickly responded, “Abuse is anything that tears down the human personality instead of building it up.” That’s been my definition of abuse every since. In faith groups I share the testimony I just shared with you, in secular groups I just give the definition, both groups have unanimously agreed, “That’s it, that’s abuse!”

I must confess that I both love and hate that definition. I love it because it is divinely inspired, I hate it because by that definition I have abused both strangers and those that I love dearly. Am I the only one that has ever said something that hurt an acquaintance, friend or family member and afterwards desperately wished I could somehow relive the past five minutes and changed what I had done?

Does the fact that I had abused someone make me an abuser? No, of course not. Let me give you an example that will clarify this. This is not recommended Christian behavior, but if someone celebrated the New Year by getting drunk once a year on New Year’s Eve, are they a drunkard? Obviously not, a drunkard abuses alcohol as a lifestyle, not just once a year. In like manner, someone who inadvertently hurts another is not an abuser, an abuser controls others through abuse as a lifestyle, for the primary motivation behind all abuse is control!

Abuse in the form of Racism is demeaning, degrading and evil, and it destroys the self-esteem of the person or group that is being targeted. It is used to control another or even an entire segment of our society. Racism in our society is not going to be resolved by diverse racial groups getting together to talk about racial reconciliation. The solution to racism is repentance, because racism is a SIN! It is vitally important that we recognize that sin is not evil and destructive because God forbids it, God forbids it because sin is evil and destructive.

Hear is something that is so obvious that I am shocked that I have never heard anyone else proclaim it: To declare “Black Lives Matter,” and violently oppose and even assault those that say, “Yes, Black Lives Matter, but so do Blue Lives, White Lives, Unborn Baby Lives, in short, All Lives Matter,” is in actuality a form of racism and abuse!” And it is being used to try to silence and/or control the white population of our country.

A couple of weeks ago I was dismayed to read that a world renown African American woman, who is a billionaire, was encouraging white people to admit they are racist. That same week I read of a major corporation that is having in-service workshops to get their white employees to admit they are racist! As I pondered this it occurred to me for the first time that to label an entire race as racist based solely on the color of their skin is in itself racism and is discriminatory!

In the eyes of God there are only two (2) races on this earth, the “Saints” and the “Aints,” and the great thing about the love of God for all of humanity is He has made a way for an “Ain’t” to become a “Saint” through the death and resurrection of Jesus on Calvary.

I want to close this on a positive note, my wife, Debbie, works in an office with three (3) other women. She is the only white person in the office, there are two (2) African-Americans and one (1) Asian. On Debbie’s birthday they had a small birthday party for her. One of her coworkers, during the course of the celebration said, “Debbie, you are so white!” Pat, another coworker immediately chimed in and said, “And I am so black!” They all burst out in laughter.