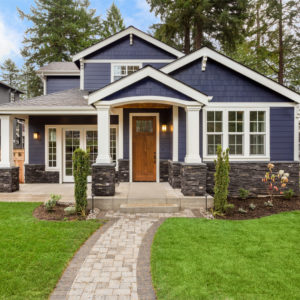 This article is by Mike Mccarty and published by ERLC

The coronavirus has disrupted the world, closing schools and businesses, and sending us to our homes to wait out the pandemic. Many of us are learning to work and worship online, while balancing e-learning, kids walking in on video conference calls, and having cabin fever for those of us still seeing cold temperatures in a time that should be the warmth of spring.

We are so focused fighting COVID-19 that we have lost sight that all wars have multiple fronts. As a former violent crime detective, I have been in many volatile situations that exploded—weapons drawn or fired, victims barricaded with the perpetrator—seconds turned to hours as I became focused on the threat. Police officers, like soldiers, are trained to manage tunnel vision and to not lose sight of the whole picture, which includes additional threats that often present themselves during a dire situation. One that many have not considered, but that is very real, is the fact that being sequestered in one’s home is not a safe place for all women and children.

We know that 1 out of 6 American women have been the survivor of rape or attempted rape. Since 1998 the total number has reached an alarming 17 million American women. And, just as horrifying, 80,000 children per year (reported cases; the actual number is much higher) are the survivors of rape and sexual assault. For those at risk, sheltering in place at home is the most dangerous place on earth for them.

Sexual assault is not just statistics for me.

God blessed me with great parents who worked in the criminal justice system—my father, a police officer, and my mother, a survivor’s advocate in the local prosecutor’s office. We lived in a small town, and our door was always open for those in need, day and night. I cannot count the number of wives fleeing domestic violence or the mothers protecting their children from abuse that sat at our kitchen table in the middle of the night.

My education on sexual violence started when I was a teenager. One afternoon I came home, and my parents met me outside and explained that they had temporarily given my bedroom to a young girl who was being sexually abused by her father, a schoolteacher and member of our church.  It was shocking to me. This was somebody I knew very well. The continued threat was so real that my parents opened our home to protect her. I thought of her last month when we shut the country down and sent everybody home. Home is not a safe place for hundreds of thousands of Americans.

I was impacted throughout my childhood and teen years by seeing crimes and injustices committed against vulnerable people. That is why I chose to dedicate my life to the injustice of domestic violence and sexual assault and helping in Nashville, Tennessee, to develop and implement the largest law enforcement-based domestic program in the United States.

Sexual abuse is not a stranger crime.

As a young detective focused on domestic violence, I learned that violence is about power and control. In fact, domestic violence is not “out-of-control” behavior but the opposite—very controlled behavior. Domestic homicides revealed to me the level of thought and planning that went into a murder. The outward appearance of losing control was merely another tactic used by abusers to instill fear and take control of the situation.

Sexual abuse is often not reported.

When I read statistics that report there are more than 400,000 survivors of sexual assault in the United States each year (Department of Justice 2018), I immediately know that these numbers are probably much lower than the reality.

Why is sexual assault highly underreported? Statistically we know that:

Survivors have no reason to trust the criminal justice system because the track record for keeping our promises to survivors of crime has failed. Survivors who courageously speak up are often, sadly and shamefully, not believed.

How do you report and who do you report to if you are the survivor of child sex abuse, especially if the perpetrator is someone in your family? Or you are an adult and it is your spouse or partner who is abusing you? Now with the home isolation brought on by the COVID-19 pandemic, how can these abuse survivors have a voice or get help?

There is an increased risk of abuse when sheltering in place.

Sadly, while sheltering in place helps a certain portion of the population, for those suffering abuse, sheltering in place plays right into the hands of perpetrators. Isolating their victims is the tactic used by abusers, and now the stay-at-home orders have created the perfect incubator for sexual violence to occur.

Add to this, surging unemployment and increasing thoughts of suicide, which are correlated with higher levels of abuse and increased lethality, and the risk to survivors is compounded the longer we are isolated at home.

Unfortunately, for many American women and children, sheltering in place is a perfect storm for increased sexual violence.

What is the role of the church and Christians?

God has called us to protect those that cannot protect themselves. Proverbs 31:8 states, “speak up for those who cannot speak for themselves, for the rights of all who are destitute.” So, how can we do that?

Use this time to engage with your staff, security teams, and volunteers while you have their undivided attention. Empower your staff and volunteers to connect with families that you know are in crisis with a phone call or online meeting, and let them know they are not isolated and alone. This will go a long way toward raising the rates of reporting and healing within our communities.

Though we are in challenging times, it is also an opportunity. My prayer is that this will awaken believers, and the church as a whole, of the reality of domestic violence, sexual abuse, and sexual assault that goes on too often in our own community, and that we will be equipped to protect the innocent and vulnerable among us.