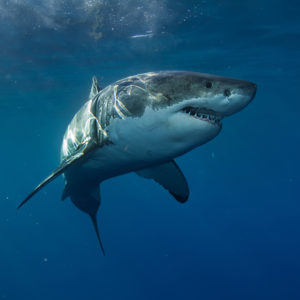 Seven-year-old Kayden Mancuso lost her life and 32-year-old Katie Hill lost her seat in Congress. They were at very different stages of their lives, but they both offered the promise of making substantial contributions to society. Now, Kayden will never contribute any more except by her inspiration. Katie can still make substantial contributions, including by speaking out about her experiences, but she no longer has the platform she once had.

The worst domestic violence abusers are men who believe their partners have no right to leave. This is a subject that isn’t talked about as much as it should particularly in our courts. These are the men who cause the most harm. These are the cases where they kill intimate partners, law enforcement, bystanders and children like Kayden. Their partners are the ones who are best able to recognize the risk he poses and the least likely to be listened to.

Kayden Mancuso and Katie Hill were attacked by the worst abusers. Kayden’s father knew the best way to hurt Kayden’s mother was to kill Kayden. He said this in a note he placed on her lifeless body before killing himself. Kathy Sherlock recognized the danger and tried to save her daughter. The killer had a history of domestic and other violence and Kayden was afraid of him after seeing him assault another relative.

The judge knew the father was dangerous but was relying on a high conflict approach that encourages courts to treat the abuser and victim as equally responsible for any problem. The judge continued to blame the mother even after his decision to give the father access to Kayden proved tragically wrong. This judge is allowed to continue to use his “wisdom” to ruin other children’s lives.

Katie Hill also knew that her husband was dangerous. She wanted to leave him during her campaign to become a member of Congress. She stayed with him because he threatened to ruin her and she was afraid of what he might do. Katie gained an inspiring victory in the 2018 election for a seat long held by Republicans. She was one of two members of the freshman class selected for a leadership position. Katie’s career had an unlimited promise when she decided to divorce her abusive husband.

Her husband also believed women have no right to leave and that men are entitled to do anything necessary to punish the women in order to regain control. He did this by releasing naked pictures of Katie that were published in a British tabloid and right-wing website. The episode exposed her relationship with a campaign staffer and she decided she had to resign from Congress.

Three-quarters of domestic violence homicides by men are committed after she leaves. These are not crimes of passion, but carefully planned and based on the belief she has no right to leave. The Center for Judicial Excellence found that over 700 children in the last ten years involved in contested custody, including Kayden, have been murdered, mostly by abusive fathers. More often the children are assaulted, sexually abused, kidnapped or subjects of revenge custody cases by fathers who provided limited child care during the relationship.

These catastrophes are committed by fathers who believe the mother has no right to leave and understand the best way to hurt a mother is to hurt her child. In some of the cases, the father has told the mother he would kill the children but not her so she can live her life suffering the loss of her children. The pain is unspeakable and that is his purpose.

In many of the murders, the courts gave the killers the access they needed. In one study, judges were asked what reforms were created in response to the local tragedy to better protect children. Their shocking response was none because they all assumed the murder in their community was an exception. The court system in Pennsylvania responded to Kayden’s murder by saying they did nothing wrong and we just have to accept this will sometimes happen.

I am not writing about Kayden and Katie because I like to cry while contemplating unbearable pain. I want us to do something to stop these cruel abusers. If you agree, please continue reading.

Saving the Next Kayden and Katie

Kayden’s family was devastated by the abuser’s murder of Kayden, but they decided to use their grief to reform the system that refused to save Kayden. They met with the governor and with many legislators. They learned there is substantial research that courts could use to better protect children but courts continue to rely on outdated and discredited practices from the 1970s and the wrong professionals who are experts in psychology and mental illness but not domestic violence and child abuse.

The result is that Kayden’s Law has been introduced into the legislature in Pennsylvania and has a good chance of passage. It says what ought to be obvious that the health and safety of children must be the first priority in all custody cases. It provides better training for court professionals and a multi-disciplinary approach that will include DV and child abuse experts. Kayden’s Law specifically says that one of the purposes is to stop using failed practices that are harming children.

The United States spends over one trillion dollars every year to allow abusers like Kayden’s father and Katie’s husband to continue to abuse their partners. Most of the cost is in health care but there are also substantial costs from crime and the inability of victims to reach their economic potential. The economic costs pale in comparison to the human costs, but the huge potential savings means that rather than costing money to prevent DV, effective responses would actually enrich everyone.

Best of all, we know how to dramatically reduce domestic violence. A number of communities like Quincy, Nashville, and San Diego have used a group of best practices that take DV more seriously to dramatically reduce DV crime. In Quincy, a county that averaged 5 to 6 domestic violence homicides, enjoyed several years with no murders. Best practices would start responding to the abusers who believe she has no right to leave. Indeed, central to the original Quincy Model was making it easier for victims to leave.

As a society, we should have taken domestic violence more seriously, a long time ago. If we had, Katie would still be in Congress helping our country and Kayden would be nine-years-old. The first thing I learned when I joined the DV movement was to listen to women and the second was to never blame victims. The stories of Kayden and Katie are powerful, but the most important lesson is that we must take effective action so their stories aren’t constantly repeated.