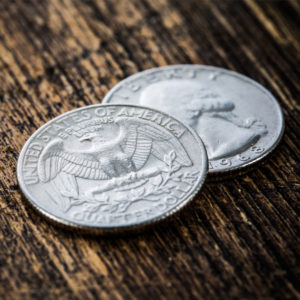 Whenever most people talk about domestic violence, especially physical abuse, they usually think in terms of a male perpetrator. This is a misconception we want to dismantle this month. After New Man, published a cover story on domestic abuse against women, the editors were shocked to find themselves inundated with letters from anonymous husbands begging the magazine to tell the other side of the story. These men were literally pleading with the church to take their plight seriously. I would like to share some brief excerpts from an article titled Violent Wives . . . Abused Husbands Break Their Silence in the March/April’s issue of New Man.

It opens with an account of “Alex” (not his real name) caught up in a potentially violent confrontation with his wife. Viewing discretion as the better part of valor, he chose to leave the house before things got out of hand. If he stayed and just took the abuse, his wife could pummel him with impunity. If he defended himself and the police showed up, there was no doubt who they would arrest, him. He was in a no win situation. Regardless if he stayed or left he would wind up feeling weak, cowardly, and unmanly, a real wimp.

“Jeff” finds himself in similar situations. “We start out talking,” he says, “then we hit on an area we disagree about, then things begin to get dicey. When it reaches the point that I’m about to lose control, I seek to leave. She blocks the door. ‘Kids, don’t even talk to Dad,’ she says, ‘He’s being bad.’ Or, ‘Kids, how does it feel to have a father who’s a liar?’” Jeff feels he’s being emotionally emasculated in front of his children.

One time Jeff couldn’t take it anymore. He shoved his wife out of the way, just to get outside. As he tried to calm down on his front lawn the police pulled up and arrested him.

“If I stand there and take it, I’m humiliated, and she tells the kids I’m a coward. If I respond, I get arrested and humiliated in front of my neighbors. I’m in a no win situation.”

The article goes on to quote Susan Bursztynsky as she urged churches and pastors to take a more proactive position on the problem of all spousal abuse. “Everyone has the right to take a coordinated stance that violence in any form will not be tolerated,” she says. “We need to make synagogues and churches ‘victim friendly.’

Address domestic violence in sermons,” Bursztynsky urges. “When we are silent on it we open ourselves up to a situation in which the spouse says, ‘The pastor never talks about it so it must be OK.’ Domestic violence needs to be discussed in Bible studies and in situations where men and women are separated.”

She even encourages churches to put up posters in rest rooms to let victims know there is a place they can go to for help.

I can’t speak from personal hands on experience, but I imagine male victims of abuse face the same toxic mind set from the church as female victims . . . the church prays for him, and then tells him to go back home to his wife and kids. This gives his pastor a clear conscience through the mistaken belief that they have dealt with the problem. In reality all the pastor has done is slap a bandied on a gunshot wound and sent the victim back into the very environment that exploits and victimizes him.