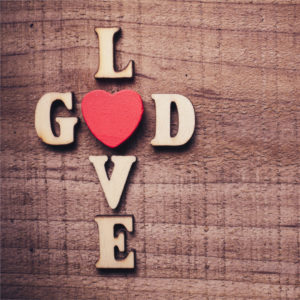 Survivors of sexual abuse feel dirty and defiled; therefore they feel that God views them that way as well. Victims of ongoing domestic violence have had their self-esteem utterly destroyed to the point that they feel unlovable by both man and God. They fail to realize that God reveals His heart for them in Matthew 9:35&38. “And Jesus went about all the cities and villages, teaching in their synagogues, preaching the gospel of the kingdom, and healing every sickness and every disease among the people. But when He saw the multitudes, He was moved with compassion for them, . . .”

The words “moved” and “compassion” are vitally important. What moves a man can be described as his motivation. What motivated Jesus? Compassion, He was moved with compassion. Compassion is a tender love that responds to the needs of the people. What caused Jesus to be moved by compassion? What He saw in the multitudes, “. . . because they were weary and scattered, like sheep having no shepherd.”

What would cause a flock of sheep to scatter? An attack of a predator. The first time God dealt with me along these lines, I envisioned a lion on a limb of a tree, waiting for a flock of sheep to wander underneath him. Suddenly he pounces in their midst. In a panic, the flock scatters 360 degrees in every direction. The lion rips and slashes at the sheep as they flee before he finally pulls one down and begins to devour it.

But what of the rest of the flock? They continue their flight, some partially crippled, some with their flanks slashed open. Finally, they collapse, totally exhausted, with no flight and no fight left in them. At that point they are easy prey for any predator, even the predators that normally are too small to attack a full grown sheep.

And what was His response, His motivation to what He saw in their broken lives? Did He thunder a message of condemnation? “This is all your fault! If you had only listened to the word of my Father as it was brought forth through the prophets you wouldn’t be in this predicament. You’re only reaping what you have sown, don’t come crying to Me with Your problems!”

No! Not my Jesus! Not now, not ever, never!!! He was moved by compassion, a tender love that responded to their wounds. His goals were clearly defined with the opening words of His public ministry, “The Spirit of the Lord is upon Me, because He has anointed me to preach the gospel to the poor. He has sent me to heal the brokenhearted (depressed), to preach deliverance to the captives and recovery of sight to the blind, to set at liberty those who are oppressed, to preach the acceptable year of the Lord.” (Luke 4:18&19)

In Matthew 9:37&38 Jesus told His disciples, “The harvest truly is plentiful, but the laborers are few. Therefore, pray the Lord of the harvest to send out laborers into His harvest.” Think of it, this multitude of broken hurting souls is the harvest that God desires to bring into His kingdom. Truly Christ came to seek and save the lost! What a God! What Savior!!!