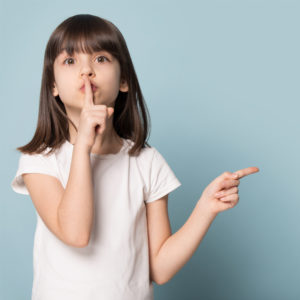 The biggest shock I had upon my entry into the ministry in 1979 was the discovery that over 70% of my one-on-one counseling was with victims of sexual abuse. The majority of them proved to be adult survivors of childhood molestation.

In order to better understand the emotional devastation in the lives of survivors, I took the 40-hour training offered by the local Rape Crisis/Domestic Violence Center and became a Crisis Intervention Counselor. There I learned that there is literally an epidemic of sexual violence in our society.

Sexual abuse knows no age parameters. The youngest victim on record in the United States that I have discovered was two weeks old. I have read testimonies from survivors of ritualistic satanic abuse who proclaim that many children born into families who practice Satanism suffer sexual abuse from the day of their birth as a sacrifice to Satan!!! The oldest victim? Ninety-seven years old!

Sexual abuse is not a crime of passion; it is a crime of violence, degradation, and control. There is nothing sensual about a newborn baby or a 97-year old great-great grandmother. So what’s the turn on? Is it the appearance of the victim? Is the motivation passion? No! The perpetrator is turned on by the control that they have over the victim, and by the violence they inflict upon them.

Sexual exploitation by someone of your own gender does not mean you are gay. It simply means you were vulnerable, and somebody exploited your vulnerability!

By now I had begun to get cynical towards my own gender. At times I would have to grab myself by the ear and preach myself a sermon: “Joe, this is not representative of the male population as a whole.”

It was almost a relief to discover that there are female perpetrators of sexual violence. Men are not the only predators in our society! During the 1996/1997 fiscal year the Florida Abuse Hotline received over 5,000 child-on-child sexual abuse calls, and close to 50% of them had female perpetrators!

In September of 1989 I accepted a part-time staff position with the Rape Crisis/Domestic Violence Center as their Prevention Education Specialist. Using a unique blend of music, humor, and role play that made a potentially depressing, frightening subject entertaining, yet educational, I presented over seventeen hundred programs to over 47,000 people of all ages, and from all walks of life over the next six years.

All the while I was growing more and more puzzled and frustrated. Why wasn’t the epidemic of sexual violence being confronted as aggressively in the Church as it was in our society? Didn’t the Church realize that their indifference to this problem left them vulnerable to crippling liability judgments?

Worse yet, studies show that over 25% of any given congregation have experienced some form of abuse in the life time, which means that the Church, through its silence, has become an enabler, compounding the epidemic in our society! And what of their accountability to God? Wasn’t a shepherd supposed to protect his Master’s sheep from predators? The Church was seemingly taking no steps to protect God’s flock from the sexual predators that abounded in our society!

I continued to be haunted by the same question, “Why? Why is God’s Church so insensitive and indifferent to this suffering segment of our society?” I found part of the answer in the foreword of Marie Marshall Fortune’s book, Sexual Violence: The Unmentionable Sin.

“…BUT NO ONE EVER COMES TO ME WITH THIS PROBLEM…”

This is the most common response I hear from clergymen whom I question about their pastoral contact with victims of sexual violence. (I say clergymen because women pastors are more frequently approached with this problem.) The clergymen then draw disturbing conclusions from this piece of information: “Because no one ever comes to me with this problem, there is no problem among my congregation. Since there is no problem, I do not need to learn about it.” Seldom does it occur to a pastor that the reason he does not hear about his congregation’s experiences of sexual violence is that he had made it clear that he is not prepared to hear or is unable to be of assistance.

Ironically, we have not heard about sexual violence in the church because we have not spoken about it. The silence is not an indication of the absence of the problem; it is itself a loud, effectively communicated: speak not about rape, incest, child molestation, especially in the church. So the sin of sexual violence (and some even argue it is not sin) has remained unmentionable.

broken by silent screams! Silent screams are being ripped, and torn from the wounded souls of God’s children! Men and women, created in the very image of God…

Men and women, “…Having been born again, not of corruptible seed but incorruptible…” (I Peter 1:23)

Men and women filled, with the mighty Spirit of the Living God, are having their spiritual growth stunted and withered because they have been crippled and paralyzed emotionally through sexual abuse. We have seen that part of the churches failure to confront The Conspiracy of Silence lies in ignorance. But ignorance is not bliss; it can carry a heavy price tag! A local Rape Crisis Center once contacted me on behalf of a small church. Its pastor had a son and a daughter that were elementary school age. The family and ministry had been torn apart when it was discovered one of the elders of their church had fondled the boy and raped his younger sister. Would I be willing to help?

In a subsequent meeting with the heartbroken father, he confided in me that he had heard of our ministry but had dismissed their need of it. He had absolute confidence that this problem would never occur in the church community, especially in his church. In tears he said, “Jesus, Himself, could have appeared to me and told me of our need for your gifts and I would have doubted Him, supposing it to be a deceiving spirit! The truth be known, I thought you were wasting God’s call in your life!”

Words cannot describe the gratitude I have for the breakthroughs we have experienced within the faith community, and for the number of churches that have opened their doors to our ministry. But words also fail to describe the anger I have at the refusal of the vast majority of the churches to confront this epidemic of abuse in our society.

This causes me to reflect on Mark 10:13-14 & 16, “Then they brought young children to Him, that He might touch them. But the disciples rebuked those who brought them. When Jesus saw it, He was greatly displeased and said to them, ‘Let the little children come to Me, and do not forbid them; for of such is the kingdom of God.’ And He took them up in His arms, put His hands on them, and blessed them.”

Obviously, Jesus, the Great Shepherd, has a very special place in His heart for children, and so should His sub-shepherds (pastors). What does a shepherd do? Feed the sheep, lead and guide the sheep, nurse their wounds and protect them from predators.

Pastors have placed great emphasis upon guiding and feeding God’s flock, and even nursing its wounded members back to health through wholeness ministries. They are aggressive in protecting the flock against the those that would bring false doctrine into their midst. But what about those wolves in sheep’s clothing –– the sexual predators in both our church and society that prey upon God’s sheep? I have the greatest respect for the handful of pastors that are confronting this epidemic, but for the most part, the pastoral community has proven themselves to be, at best indifferent, at worse, negligent.

There are three primary reasons for this.

1) We have already looked at the first; ignorance. Because pastors are ignorant of the depths of this epidemic, they fail to recognize the need to confront it.

2) They know the epidemic exists, but because they don’t know how to confront it they choose to ignore it.

3) Fear – they know the problem needs to be addressed, but because they are afraid of upsetting church members, they choose to ignore it.

At the risk of sounding judgmental, I believe that those pastors who allow their actions to be paralyzed by fear will stand accountable to the Good Shepherd for allowing His flock to be ravaged by hell. James 4:17 tells us, “Therefore, to him who knows to do good and does not do it, to him it is sin.”

Verse 8 tells us why. “…because My flock has become prey…”

And verse 10 tells us of His judgment. “I am against the shepherds…”

Many of God’s shepherds have allowed His flock, even His lambs, to become prey to sexual predators, and sadly their ministries are going to be found wanting in the Day of Judgment. Yes, I know, I took three brief quotes out of an entire chapter, and some might conclude that I took them out of context to prove my point. However, if you take the time to read the entire chapter you will discover that although God did not signal out a specific predator, this interpretation is not being used out of context.

Literally millions of children and adults are going to be victimized by sexual violence during their lifetime and the Church of Jesus Christ, for the most part, is doing nothing! The priceless potential represented in the lives of our children is being destroyed, and we refuse to take action!

“Reverend, be careful, Jesus would never have an attitude like that!”

Oh really? He once called the religious community a “brood of vipers.” When you call a group of people a bunch of snakes you are displaying an attitude!

When Jesus walked this earth in the flesh, He constantly reached out with healing and wholeness to those who were broken and hurting the worst. Survivors of sexual violence fall into that category; they literally feel as if they are bleeding to death through their emotions.

Satan taunts them with tormenting thoughts such as, “There is no hope for you in God. You are even beyond His help! God has turned His back on you, and has abandoned you!”

Jesus is walking the earth this very moment, in you and in me. The words of our precious Savior in Matthew 9:37 reach out to us through the ages. “The harvest truly is plentiful; the laborers are few.”

Let His closing words to the lawyer in The Parable of the Good Samaritan burn within our hearts. “Go and do likewise.” Will you answer the Master’s call?