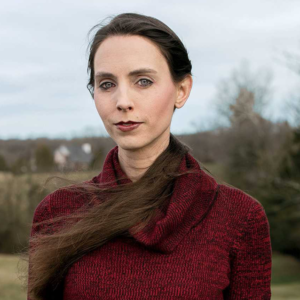 This article is by Rachael Denhollander and published by Guideposts

After years of silence, she found the courage to testify against Dr. Larry Nassar, the doctor who had been sexually abusing young women for years.

I opened my laptop to check my grocery list. My two older children were running around downstairs. My baby daughter was with me. My husband, Jacob, a carpenter and a Southern Seminary graduate student, had already left.

My gaze went to a Facebook trending story: “A Blind Eye to Sex Abuse: How USA Gymnastics Failed to Report Cases,” from The Indianapolis Star.

No. The article outlined how USA Gymnastics had systematically buried reports of sexual misconduct in a filing cabinet—complaints about 54 member coaches over 10 years. I felt sick. An institution responsible for the mental and physical well-being of thousands of girls protected the coaches who had abused them. I thought of the human cost of such a betrayal, the darkness that would follow those little girls. I wanted to break down and sob.

I thought back to being 15 and sitting on the exam table in Dr. Larry Nassar’s Michigan State University office. I remembered his cheery demeanor. The way he called me kiddo. I’d trusted him because USA Gymnastics trusted him. Nobody would have believed me then, I thought. They protected their coaches, so they would have absolutely protected him. Mine would have been just another name buried in the filing cabinet.

Then it struck me. The Indianapolis Star had reported this story. That meant someone had blown the whistle on how USAG handled sex abuse and been believed. The public was paying attention. I steadied my breath. Was God calling me to come forward? Was this finally my chance?

It was a long shot. I’d been trained as a lawyer, so I had no misconceptions about how the situation could unravel. Would the Star even reply if I told them about Larry’s abuse? My assault has probably passed the statute of limitations, I thought. It had happened 16 years ago. But would my story compel someone with a live case to come forward? Even if that case went to court, would we get a good judge? A fair jury? The whole process could take years, and I would be scrutinized and vilified every step of the way. Was it worth it?

I clicked to compose a new e-mail. My hands hovered over the keys. I knew Larry was still working with patients. All those little girls. I remembered what it was like to be one of them. To love gymnastics. To give everything you had for the sport. I’d joined a gym at 11 years old. Too late for any hope of becoming a serious gymnast. But nine months after I first walked into the little gym in our Kalamazoo, Michigan, shopping mall, my coach took my mother and me aside. “I’d like to talk about Rachael joining the competitive team.”

Mom wanted to be supportive, but she had concerns. What if I got injured? Fell prey to body image issues, as many other gymnasts did? What if a coach touched my body inappropriately? My mother was a survivor of childhood sexual abuse, and I was too. There had been an incident at our church when I was seven. We were both very attuned to the risk of adults having power over children. We decided I could pursue gymnastics on one condition. “If your dad and I see anything that gives us a reason to be concerned for your health and safety,” my mom said, “you’ll be out faster than you can imagine.”

We were lucky. My coach was kind, dedicated, always encouraging. Not like the domineering coaches I saw on other teams. When I suffered back injuries and stress fractures as a teenager, my coach was worried. “You need to see a doctor.”

I went to the top sports medicine clinics in our area. The doctors weren’t very helpful. “Icing would be a good idea,” one said. I wanted to roll my eyes. Yes, of course icing is a good idea. Was he even listening to my concerns?

“Have you thought about taking Rachael to see Larry Nassar?” the gym receptionist asked my mother. I knew about him from watching the 1996 Olympics. As the USA team doctor, he’d rushed out to take care of Kerri Strug after her iconic vault led to a third-degree lateral sprain. He really cares about his gymnasts, I thought.

A few weeks later, my mom and I sat in Larry’s waiting room. I watched him walk girls to the door after their appointments. Most doctors I’d seen barely looked up as I left their office. A nurse led us to the exam room, and after a few minutes, Larry came in.

“Hey,” he said warmly. Then he pulled up my chart. “Looks like you’ve got a lot we need to deal with, kiddo!” After some discussion about my wrists and back, Larry tested my flexibility and core strength, putting me through a battery of movements and tests. “De Quervain’s tenosynovitis,” he said. “Don’t worry, kiddo. We’ll get you fixed up.”

Larry told my mom that he would adjust my pelvis and showed her a diagram of how he’d do it. “Okay,” she said.

Then he led me to the middle of the room and slid my feet about 12 inches apart. He knelt down and placed one hand firmly on my lower back, looked down at the floor as if concentrating, and wrapped his other hand around the inside of my leg, under my shorts. “Okay, I’m going to apply some pressure now,” he said.

His hand went inside my shorts. Inside my underwear. Inside me. Wait—what? I looked at him.

“Got it!” he said, removing his hands.

What just happened? Questions raced through my mind. I knew there was something called internal pelvic floor therapy, where a doctor adjusts muscles from inside a person’s body. My mom had told me about it a few weeks ago. Is that what Larry did? It had hurt and felt awkward, but my mom had been right there. Surely she would have said something if Larry had been out of line. He treated girls every day. This must be normal, I thought.

I kept seeing Larry. I didn’t like the treatments, but he was the only doctor who took my injuries seriously. It wasn’t until our second-to-last appointment, when he groped my breast, that I realized he wasn’t who I’d thought he was.

I didn’t tell my mom how Larry had assaulted me until a year later. “Rachael, do you want to go to the police?”

I remembered what had happened at church when I was seven. I’d been unable to articulate my abuse then, and I certainly hadn’t known how to prove it. My parents knew something was wrong, that I was acting differently, but some of our church friends thought they were overreacting. Friends stopped holding me, cuddling me, for fear of being accused. Those friendships dissolved, and we had to change churches. If I can’t prove Larry’s abuse, I thought, it will cost me everything.

It felt safer to stay silent, but the abuse haunted me. I had flashbacks. Nightmares. Burning questions. In 2003, when I was 19, I tried to journal through it, writing down everything Larry had done to me, all my thoughts and feelings, on loose-leaf paper. Save me, O God! I wrote on the first line of the first page. I held the pen steady. Did God care about my suffering? Did he care about what Larry had taken from me? It was never the hand in the dark. It was always the hand I held, I wrote later. The hand I’d trusted.

I struggled to separate the way I felt about God from the evil Larry had committed. Had God abandoned me? He had not, it dawned on me as I wrote. I couldn’t deny the goodness in the world, the strength and purpose of God’s love. With the help of my faith and my family, I was able to grow. The passion and drive I’d once put into gymnastics, I poured into law, debate and public policy. I put those journal pages away in a folder and moved on. I graduated law school, passed the bar and met Jacob.

As Jacob and I developed feelings for each other, I knew I needed to tell him my truth. We went for a walk near my parents’ house. I explained what had happened at church when I was seven and later as a teenager with Larry. I kept my eyes down, afraid of his response.

“Rachael,” he said, “I am so sorry this happened to you.”

We married in 2009. Now, in 2016, we were raising three wonderful children. We were happy and thriving, but memories of Larry still followed me.

I blinked myself back into focus in front of my computer, e-mail open. My mind circled back to the little girls Larry still saw through his medical practice.

Even if society doesn’t validate my coming forward, I thought, even if Larry is never held accountable, at least I’d have tried. If there was a chance that I could save those girls from sharing my fate and force Larry to face what he had done, I would come forward. I was safe in God’s love for me.

I began to type. I am e-mailing to report an incident…. I was not molested by my coach, but I was molested by Dr. Larry Nassar, the team doctor for USAG. I was 15 years old. I explained that I had medical records showing my treatment and that I did not come forward earlier because I did not think I would be believed. I have seen little hope that any light would be shed coming forward, so I have remained quiet. If there is a possibility of that changing, I will come forward as publicly as necessary. Then I hit send.

A few weeks later, I told my story to two journalists from The Indianapolis Star. Then I went to the police. I gave them my journal, those pages where I’d put down my deepest feelings, every detail of my sexual assault, things I had not shared with anyone. The statute of limitations had not expired, and I testified against Larry in court. At his sentencing, 156 of us survivors spoke, one by one. I spoke last. I asked the judge to consider the question that I had wrestled with since I was 15 years old, that God had answered with his love, and that everyone tuning in to the sentencing could never again ignore: How much is a little girl worth?