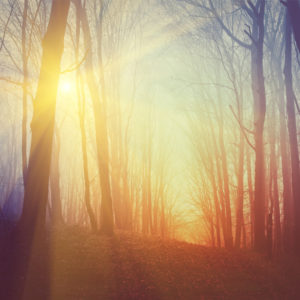 This post is by Rachael Athearn and posted by joycemeyer.org

As a child, Marcela looked up to both of her hardworking parents, but at 13, she discovered a very dark secret. She learned that her father was selling drugs. It was a secret she didn’t share with her mother, sister or anyone in her family.

Shattered at discovering his secret, Marcela began looking for love away from home, outside of her family. She started going to parties where marijuana and alcohol were readily available. What started out as a means of emotional escape soon became an addiction to cocaine and crack.

“In the underworld,” Marcela said, “drugs and alcohol are good things. The more you consume, the better life seems.”

She eventually found herself in a relationship with a man who sold and used drugs—a man who abused her in every imaginable way.

After 10 years and two children, she and her boyfriend separated. She began to use drugs every day, all day. She slipped into a place where she saw herself as ugly and worthless.

“My children were asleep, and I was alone,” she said. “I put the noose around my neck and kicked the chair out from under me…I was slipping away when I heard the door open.”

It was her ex-boyfriend stopping by to check on her. She saw his face and heard him pray in a moment of desperation, “Lord, save her…do something!”

Marcela’s apartment was across the street from a church pastored by her aunt, who had offered to help her whenever she was ready. It was at this point that Marcela reached out to her aunt, who directed her to a faith-based rehabilitation center.

Siquem Lugar del Refugio is a center specifically designed to help women battling addiction—the only one of its kind in the area. Translated, it means “Place of Refuge,” an outreach of Global Teen Challenge that Hand of Hope, Joyce Meyer Ministries World Outreach, is honored to work alongside.

The yearlong program is difficult and many women do not make it through without giving up.

Marcela not only made it, she excelled and turned her life over to Christ! There were many difficulties along the way, but now she feels restored, complete, loved!

From time to time, she goes back to the town where all her trouble started to share God’s Word with those on the streets. Today she is married to a good man who tells her she’s beautiful and she is raising her boys with Godly principles. When she looks in the mirror now, she likes what she sees because she knows she’s God’s daughter.

“I feel pretty now,” Marcela said. “And I feel beautiful inside too.”

You can be a part of helping more women and girls around the world at joycemeyer.org/ProjectGRL