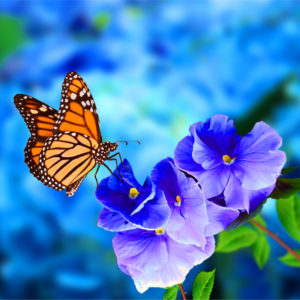 There’s something about the word “new” that fills me with anticipation. The word “new” implies that it hasn’t been messed up. A New Year somehow seems to hold the promise of a new start with a different ending. A new car is supposedly mechanically perfect and it’s body unblemished. A good used car, no matter how well it’s been maintained, doesn’t generate the same response. A new baby represents a life undefiled with sin. Unfortunately, because of Adam, sin abides in that new life just waiting to manifest. That’s what makes the promise of God’s new birth in Christ so exciting. “Therefore, if anyone is in Christ, he is a new creation: old things have passed away; behold, all things have become new.”

I remember counseling with a woman who was suffering great emotional conflict over her past, you know that part of her life that was B.C. (Before Christ). Because the sexual exploitation by her father started at such an early age, she couldn’t remember ever being a virgin. The destruction of her self-esteem through this ongoing sexual abuse caused her to lose control of her morality. She had participated in every sexually degrading activity known to man. In the midst of her emotional torment and depression, she called out to Jesus. She knew she had been born again, her new creation in Christ could not be denied, but what about her past?

I explained to her that in the eyes of God she had died with Christ and was resurrected with Him as a new creation in His image. The full comprehension of the new birth seemed to seize her soul. “Do you mean to tell me that the woman that participated in all those degrading perversions is dead?” she asked.

“Yes,” I responded. “Because you have maintained your moral purity since you accepted Jesus as your Lord and Savior. In the eyes of God, you are a virgin!”

Some that I have ministered this truth to have responded in shame. “Pastor, you don’t understand. I’m no longer a virgin in Christ, I’ve defiled myself again!”

Listen to the mercy of God revealed in I John 1:9, “If we confess our sins, He is faithful and just to forgive us our sins and to cleanse us from all unrighteousness!”

Now let’s tie this in with I John 2:1&2, “ . . .if anyone sins, we have an Advocate with the Father, Jesus Christ the righteous. And He Himself is the propitiation for our sins, and not for ours only, but also for the whole world.”

Many saints, with the torment of their despair manifesting through their words, have told me that their failure was too great, that they were beyond the mercy of God. Beloved of God, and that’s what you are, your failure can never disqualify you from God’s mercy. The opposite is true; your failure qualifies you for His mercy. You don’t need God’s mercy until you’ve failed! Romans 8:39 reveals that nothing can ever separate us from the love of God, which is in Christ Jesus our Lord!!!

I’ve had some saints tell me that this type of teaching just gives people a license to sin. The truth be known, we’ve been sinning without a license all of our lives. God’s forgiveness, purchased through the blood of Jesus Christ, paves the way for an ongoing work of grace in our lives that can raise us up above our sin!

As I look at the words of Jesus found in Revelation 21:5, “Behold, I make all things new,” I thank God both for the new year He has given us to serve Him, and for the new life that is ours through our precious Savior!