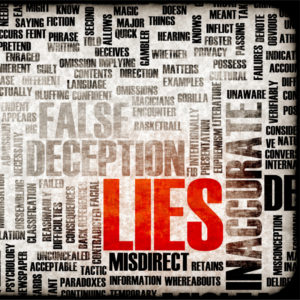 What is the knowledge of God? His Word, the Bible. We are to bring every thought in line with the Bible. In a very real sense, we end up cutting our own throats if we don’t!

There is a particular lying vanity that keeps the victims of abuse in deep emotional torment, even depression. This in turn keeps them from experiencing God’s Healing Mercy. That lying vanity is called victim blaming. The perpetrator of Sexual Abuse and Domestic & Dating Violence always blames the victim.

Let me give you some examples. This morning I received an e-mail from a friend who is a student at a Christian College. With her permission, I will share it in part: “My boyfriend is extremely controlling. He told me what I had to wear, how to do my hair, where I could go, what I could do, whom I could do it with and when I could do it (Note: This kind of excessive control is a mega danger signal). There was even a time that we had gotten into an argument. He got so angry I became frightened and wanted to leave. I know that I shouldn’t have tried; he took my keys and told me that I was not going to leave. He was going to take my keys to work with him so I couldn’t escape. He held me captive (Another mega danger signal). The next thing I know, I try to get my keys from his hand and he grabbed me by my wrists and threw me up against a wall. I deserved that. I should have listened and stayed.”

“I should have listened and stayed.” Why? Is she a dog that has to obey her boyfriend when he tells her to “Stay,” or “Sit” or “Come?” No way, Jose!

An example from the tortured life of another victim. In addition to being abusive, her husband is a drug addict. His wife does drugs with him. Why? He had told her that if she loved him she would “prove” it by doing drugs with him! Pulease, give me a break!

If you really love somebody, you want them to change for the better, not for the worse. Why did he want her to do drugs? Because if he could get her addicted, he would have a greater control over her. He had already persuaded her to quit her job. Why? She was working with a bunch of men in her office, he didn’t want them hitting on her. Again, more control.

Love is not convincing your spouse to do drugs; love is giving up drugs so that you can be the best husband possible for your wife! His request to prove her love for him by doing drugs simply proved that he had no love for her. If he did, he’d want only what was best for her.

Beloved, Jesus taught that Satan was not only a liar, but he was the father of all lies. It is his very nature to lie. Even when he speaks the truth it is with the intent to deceive. Do not embrace his lying vanities, if you do you will forsake the Mercy (Lovingkindness) of God. Bring your every thought into captivity to the obedience of Jesus Christ instead, and in doing so; you will know the Truth and the Truth will make you free! If you win the battle for your mind, you will regain control over your life.