It’s All About Your Attitude 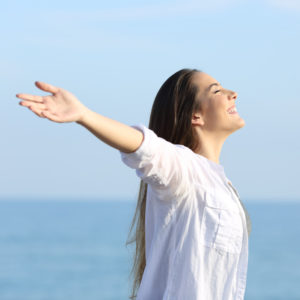 I saw a recent study done at Stanford University that found a direct correlation between our attitudes and the level of success in our lives. The study found that a positive attitude can be just as important a predictor of your success as your IQ. That means that no matter how high your IQ is, which you can’t control, you have the ability to take charge of your thoughts and attitude and lift your life to new levels.

If the researchers had studied Joshua and Caleb as they’re described in Numbers 13, they would have come to the same conclusion about how powerful a positive attitude can be. Moses sent twelve spies into Canaan, which God had already promised to give to the Israelites. Those spies reported back that the land was rich in produce and flowing with abundance, even bringing back a single cluster of grapes so large that it took two men to carry it on a pole between them. All twelve spies also agreed that the people were strong, with large walled cities, and, yes, some people there were of giant stature.

But ten of the spies came back with negative attitudes that said, “There are giants in the land. We’ll never be able to conquer those people. In fact, we look like grasshoppers in our own sights, and so we are in their sight.” However, Joshua and Caleb tried to hush the bad report. They declared, “If the Lord delights in us, He will bring us into the land and give it to us.” They had what the Bible refers to as “a different spirit.” They looked beyond the impossibilities and chose to believe and obey according to what God said. They looked beyond the giants and saw an opportunity to trust Him to fight their battles for them and possess the Promised Land.

Do you see how important your attitude is? Do you see how a negative attitude can have devastating consequences? The bad attitude of the ten spies spread to all the people of Israel and kept them out of the Promised Land. But Joshua and Caleb, whose faith never wavered, were still strong enough forty years later to lead the next generation into the land God had promised.

When you have a winning attitude, you can look at your most challenging situation and make it through it by choosing to set your eyes on God’s promises. You’ll quiet the discouraging voices that come against you by looking through eyes of faith, not fear, and believe that God will lead you through your wilderness into all He has for you.

Posted in Blogs and tagged attitude