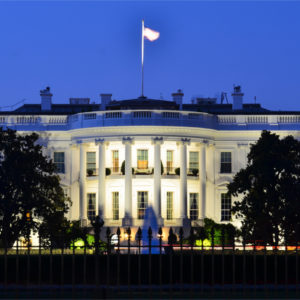 A Personal Observation By Rev. Joseph Paluszak of Victim to Victor Ministries: In today’s volatile society, it is becoming more and more likely that we may be abusively confronted because of our political beliefs. It is wise to be pro-active, to think about the possibility of such a confrontation, and how you believe that God would have you respond, rather than be reactive, to wait until you are abusively confronted and then try to come up with the appropriate response. Those who are reactive usually draw a blank mentally and they have no response or end up responding out of their emotions and/or fear.

By now you’ve likely seen the images of the maddening maelstrom outside the White House last Thursday night following President Trump’s acceptance speech to conclude the final night of the Republican National Convention.

Mobs of individuals behaving in a vile and vicious manner harassing and haranguing departing attendees, including Senator Rand Paul and his wife, Kelley. The Pauls believe they would have been killed if not for the police escort that surrounded them as they walked along the sidewalk after departing the grounds of the Executive Mansion.

Keep in mind this wasn’t the first time Senator Paul was targeted by hateful leftists. Mrs. Paul reminded reporters: “In the last three years, my husband was shot at by the Bernie Sanders supporter who nearly killed Rep. Steve Scalise, had six ribs broken and his lung damaged by a vocal internet hater of President Trump, and endured numerous death threats against him and our family.”

I personally witnessed and encountered these same mobs that night – and it was an intense and disturbing experience that I will not soon forget.

I had worked throughout last Thursday in Washington on a variety of Focus on the Family projects – a meeting with some supporters of the ministry, was interviewed by a reporter and did some filming for The Daily Citizen. Since I was already in town, I decided to accept an invitation to attend on my own time President Trump’s speech on the South Lawn of the White House.

The startling contrast of what I heard inside the gates versus outside the wrought-iron- ringed property left a strong impression on me.

Inside on the wide, green lawn of the White House, directly opposite the famed South Portico of the mansion, I heard Jesus’ name praised and proclaimed by the Reverend Franklin Graham and numerous other speakers.

There was Alice Johnson, a non-violent drug offender who spoke about God’s grace and forgiveness.  And I heard the heart-breaking testimony of Carl and Marsha Mueller, parents of Kayla, who was kidnapped, repeatedly raped and murdered by ISIS terrorists. They told the world how their beautiful 25-year-old daughter found God in the suffering of her extended and horrendous captivity.

Light and life, redemption and forgiveness.

Stepping off the White House grounds, I was immediately confronted by angry individuals who hurled profane insults at me. They let loose with a verbal barrage I’ve never personally encountered – which is saying something given my upbringing in a rough section of Southern California.

“Why are you not responding?” one person screamed at me.

“Because I was raised better than that,” I replied.

Another, just feet from my face, shouted a sexual epithet at me.

Tragically, America is awash in these types of toxic attacks these days, from Portland to Seattle and even smaller cities like Kenosha, Wisconsin. Much of the foment is likely fueled by paid protestors who are committed to sowing discord and division from sea to shining sea.

As I made my way through the mayhem on that hot and humid night, I was reminded of a conversation I had a few years earlier, also in Washington, with a New York Times reporter.  I had been in town for the March for Life. The weather was much colder outside that day, but the heat and tone of the reporter’s questions foreshadowed the coming storm of 2020.

“How can evangelicals support President Trump?” the writer asked in somewhat of an incredulous voice.

“Before I answer your question, can I ask you one?” I pressed. “Did you ever ask liberal supporters of President Obama why they support him and his liberal policies?”

He admitted that he had not, and I asked why. He offered no explanation.

Evangelicals care deeply about America and her ideals, of course, but especially the protection of the pre-born, religious freedom and judges who strictly interpret the Constitution as written by the Founders.

What I encountered outside the White House last week provides something of a metaphor for the challenges facing Christians as we turn from this tumultuous summer towards the heated political campaign this fall and all the uncertainties surrounding COVID-19.

Those individuals who were mocking and verbally assaulting me were trying to elicit a violent response. That’s how they’re trained. They wanted me to strike back. I didn’t take the bait.

As Christian believers, we have an obligation to engage our culture. We cannot be apathetic or uninvolved in the electoral process. We must stand up and speak up – even at the risk of being criticized.

In my estimation, evangelical voters have grown more sophisticated over the years. In recent years, they’ve seemed less concerned about imperfect personalities and more interested in a candidate’s policies.

I understand that type of imagery may make some believers uncomfortable and susceptible to charges that Christians are “selling out” or compromising principles. I just disagree.

We find ourselves in perilous and tenuous times. But now is not the time for timidity. It was the apostle Paul who once wrote this reminder to his friend and fellow believer, Timothy, “For God gave us a spirit not of fear but of power and love and self-control.”