Skip to content
How to Protect Your Kids Over the Holidays 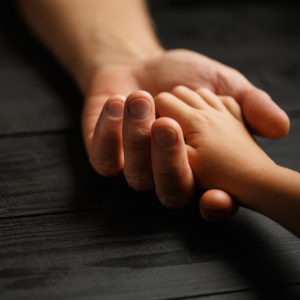 Hi friends! It’s that time of year again! The holiday season is upon us and whether we love or dread them, here they come! So what do the holidays have to do with stopping abuse? Lots!  So, how to protect your kids over the holidays? Abuse impacts our lives not only during the holiday season but also, each and every day, all year long. All types of abuse affect us all because abuse is interconnected – meaning one type of abuse begets another, whether we are talking about bullying, or corporal punishment, or child sexual abuse, or any host of other societal woes, they are all connected. No single type of abuse is its own separate entity.
We may think child abuse doesn’t affect us or our lives, but in thinking that, we are wrong. Abuse is everybody’s problem.  The ripples created from both the abused and the abuser are endless – impacting society as a whole. If we can stop the ripples created from one child, imagine the impact that would have for all of us.  And now, for a little perspective… do you know four children? Think of four children that you know or feel responsible for – keep these children in mind as we talk about sexual abuse. Nearly 1 in 4 kids will be sexually abused before reaching his or her 18th birthday. Ask yourself, which one of those children am I okay with being abused? Of course, the answer is none of them, but statistically speaking it will be, or is, or has been one of those four children.
What can we do to stop it? Minimize opportunity. Don’t leave children in one on one situations with adults or older or more powerful children, even during the holidays, especially during the holidays! It’s easy to let our guard down, to want to relax, but it’s important to be vigilant no matter the season. Be an example to those around you by personally avoiding isolated one on one situations with children. All interactions must be observable and interrupt-able. Another important way to prevent abuse before it stops is to talk about it – the more we talk about it, the more light we shed on it, the less of a taboo it becomes and actually, perpetrators count on our shame, our uncomfortableness, and our silence so TALK ABOUT IT this holiday season with your family, your friends, your neighbors; your co-workers.
Understand that child sexual abuse knows no boundaries, it exists in every socio-economic structure, every race, creed, color. This does not mean that EVERYONE is a child molester, simply that it could be ANYONE. Report abuse if you suspect or discover it. And if a child trusts you enough to disclose abuse to you – listen and BELIEVE. Children who report and are believed are far more likely to have a successful recovery outcome than children who are not believed. If you are the trusted adult for a child in your life, your response to his disclosure could set him on the path to recovery or a path to future trauma. The choice is yours, choose to believe it!
Think spanking and corporal punishment, in general, aren’t good holiday topics? Think again! It’s important to stop abuse where and when we can, so taking the opportunity to think about spanking or not spanking before the holidays officially arrive is a good idea for all of us.  Most of us were spanked as kids and we turned out “okay.” The problem with that thinking is that we turned out okay not because of spanking but despite it. We now know better – time to do better. Most of us rode in cars without seat belts – and that is a thing of the past. Does that mean that everyone who rode without a car safety seat was injured in an automobile accident? No, of course not, but we wouldn’t even think of putting our own kids in a car without a seat belt, because doing so would increase their risk of injury or potential harm. It’s the same with spanking; it’s an antiquated practice and one we need to view as such.
We no longer smoke in public places where we used to walk into someone’s home and light up without even asking. We know better now. And the same is true of spanking. Consider that children who are spanked are 11 times more likely to engage in criminal behavior as an adult. Children who are regularly spanked have less gray matter, in their brains. This gray matter is located in the prefrontal cortex – the decision making thought-processing part of the brain.  Spanking is independently related to a decrease in cognitive ability relative to other non-spanked children. The sad irony here is that the more you physically punish your kids for their lack of self-control, the less self-control they have.
There is not one study that’s found a positive consequence of spanking, Most of us will stop what we’re doing if somebody hits us, but that doesn’t mean we’ve learned why somebody hit us, or what we should be doing instead, which is the real motive behind discipline. Doesn’t spanking teach a valuable lesson? By all means! It teaches them to hit people who are weaker than they are to get their way.  It teaches them that love is inextricably bound up with violence. It teaches them that acts of aggression are acceptable as long as they’re called “discipline.”
If we’re serious about protecting kids from violence, we have to help the adults in their lives understand how – and why – to move past corporal punishment. It’s time also that we acknowledge the connection between the different types of abuse, and realize that the only way abuse will stop is when we stop it through prevention, education, and prevention, during the holidays and all through the year.
by: Laura Fogarty
Stop Abuse Campaign
Posted in Blogs and tagged holidays, How to Protect Your Kids Over the Holidays, kids, protect