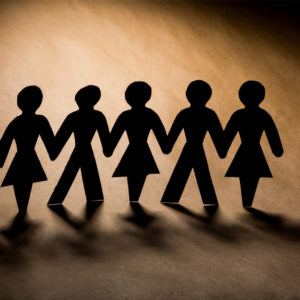 This article is by Scott McKee and published by Ward Church

Last week we witnessed hatred and violence in its ugliest form: racism. We then witnessed a public and political debate about the “proper” response. At a time when you would expect all people to come together to condemn bigotry and to pray for peace, the lines of division only seem to deepen.

A few thoughts on my mind this week: Not politics, but people

Behind the news stories are real people. This would be a good time to lay aside politics, which seem at present to be a distraction rather than an aid, and focus on people. It doesn’t matter who you voted for in the last election, it doesn’t matter if you are a registered democrat or republican, racism is wrong! The hatred and violence surrounding the white supremacist rallies in Charlottesville have no place in our nation. I have heard it said that that nothing unites people like a common enemy. Racist ideology is an enemy worth fighting together.

For the Christian, this should be abundantly clear. We serve a God who delights in the human dignity and worth of all humanity. The Bible envisions a unified church “from every nation, tribe, people and language” (Revelation 7:9). In the New Testament book of 1 Peter, which we have been studying this summer, Peter writes:

But you are a chosen people, a royal priesthood, a holy nation, God’s special possession, that you may declare the praises of him who called you out of darkness into his wonderful light (1 Peter 2:9).

That “chosen race” that Peter writes about is not an ethnic group. It is the Church. Our primary identity is not our nationality, our gender, our ethnic background, or our politics, but Jesus Christ.

Not shocked, but grieved

On the one hand, it is hard to believe that such blatant racism could exist in 2017. But a study of the bible and of global history reminds us of the depth of human sin. We shouldn’t be shocked, but we should be grieved; grieved enough to join in God’s healing and renewing work in our world. This collective grief should drive us to prayer and to action.

It is much easier to recognize the sin in others than in ourselves. The outrageous hate-filled white supremacy rhetoric is pretty easy to identify as evil. Harder to identify are the more subtle forms of bigotry that exist in ourselves. In fact, in an odd way, seeing such blatant forms of racism could inadvertently cause us to ignore the racism within us. We see people on the news chanting “blood and soil” and we know that, compared to them, we are not racists. We feel a righteous anger over what happened in Charlottesville, and we think, “I must be a righteous person, I really felt something.”

Before we pat ourselves on the back for being such fantastic people, we need to do some ruthless self-examination. Do I ever make judgements or assumptions based on skin color? Do my friendship circles include people different than me? Do I ever contribute to stereotypes and division? Have I been active in reconciliation? This would be an excellent time to pray the prayer of David from Psalm 139:

Search me, God, and know my heart; test me and know my anxious thoughts. See if there is any offensive way in me, and lead me in the way everlasting (Psalm 139:23-24).

If we hope to bring lasting change, it must start with us.

Not reactive, but redemptive

As people debate the proper response to Charlottesville, we must, of course, condemn all forms of racism, bigotry, and discrimination. We must call it for what it is: sin! As Christians, we renounce this hateful ideology. Racial injustice is incompatible with the promise of the gospel. But posting strong words on your Facebook page isn’t enough.

We must do the hard work of confessing, forgiving, and peacemaking. We must be intentional about extending invitations and sharing meals with people. We must contribute our money and labor to causes that promote justice. We must do justice, love mercy, and walk humbly. We must pray like crazy that the sin of racism be expelled and the redemptive love of God be made manifest among us.

Lord, may your will be done on earth as it is in heaven.