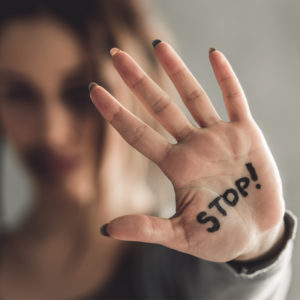 It’s not her real name, but I’ll call her Norma. Her husband was a pastor, a pastor with a violent temper that was continually vented upon his wife. The physical abuse was so brutal her neighbors could hear her screams.

One of her neighbors, who was also a pastor, was moved with compassion for her. He offered to get her and her children into a domestic violence shelter. Afraid to leave, she refused. At his insistence, she left a suitcase packed at his house in case the day came that she had to make a quick getaway.

It came to a head one night when she fled out the front door in an effort to escape from a violent attack. Her husband caught her by their car in the driveway and continued to beat her mercilessly. Throwing her suitcase into his car, her neighbor confronted the perpetrator. As he held him at bay, Norma passed her children over the front fence, packed them into the car, and made good their escape.

Safely hidden away in the local domestic violence shelter, she received the help she needed to piece her life back together.

One of my concerns of late is that I have shared so many testimonies of well-meaning churches, pastors, and Christians who compound the trauma for survivors of abuse with well-meaning but toxic counsel, that it may appear that I am antichurch. Nothing can be further from the truth, and this month I take great pleasure in telling of one who got it right!

This month alone I’ve had three churches contact me for advice when they discovered that members of their body had been sexually abused. God is raising up pastors with a heart to help those broken by abuse. Part of me wants to say, “It’s about time,” but I am so overwhelmed with joy over their Godly response I can only say, “Thank You, Jesus!”