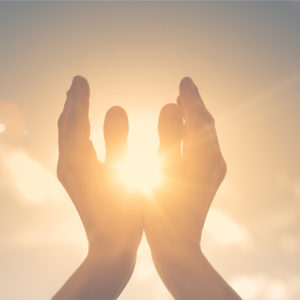 I never told anyone about the rape, I just scrubbed off the filth and the scent of man; I dressed my wounds and shoved the shame down so deeply into my body that, over the years, I forgot it was there. As a believer I would pray and minister to others and see them enjoy blessings I didn’t believe I could ever have. I settled for the crumbs that fell from the Master’s table. After all, it was better than nothing . . . until August 20, 2000.

Responding to the altar call for family members who were dead or dying spiritually, I went forward for prayer for my son and his wife who are far from Christ. While waiting, I felt an overwhelming need to run, but at the same time I felt God saying, “Whatever is said, do not run, but stand.”

When it was finally my turn, I could see pain suddenly fill Pastor Nate’s eyes and the shadow of death covered his face, making it difficult for me to look at him. His face looked beaten and bloody, I wanted to run, but couldn’t move. He told me not to be frightened but that he had just been given a Word from God. It was an alarming word and he had no idea what it meant, but he felt that he must speak it to me. “Conceived in death,” he said.

I didn’t understand, nor did Pastor Nate, but he repeated it, knowing it was from God. I waited, allowing the word to float for a few minutes. Slowlyit came, memory of the rapes and my son’s conception in such a violent manner. The word that came next was, “The child conceived in death shall live and live again!”

Putting his hand on my shoulder, Pastor Nate said, “This word is also for you!” I suddenly felt a tearing in my being, burning as if something was being ripped from my very soul. The pain that I had shoved down had taken root, but the Healer, the Deliverer was removing it, taproot and all. I then felt my head go back, way back, as if God’s Hand was on my forehead, His other hand opening my mouth so I could receive the very breath of God. Softly the Dove overshadowed me, the Oil slowly poured over my wounds, the Water washed me clean of all that filth and shame, and the Fire melted away the chains like wax. I felt lighter and lighter as God breathed His life into me. Pastor Nate encouraged me to “rest in the Lord. God wants you to rest.” I was overwhelmed by His Presence, how I managed to remain upright is beyond me.

As mourning turned into joy, I began to laugh, then cry, then laugh again. This was followed by coughing. Pastor encouraged me to release “all that stuff” as he called out spirits of shame, guilt, sorrow, judgment of self, and despair. He asked the Father to replace the intense pain and sorrow with equally intense healing and empowerment. I then felt at peace.

Another Word from God came through Pastor Nate, “You’ve known joy, experienced joy, but not with peace. You will know both. You will now know joy flowing from peace.” Half an hour later, I floated out of Church, still laughing. Tears that were never allowed to fall now flowed freely. I was alive!