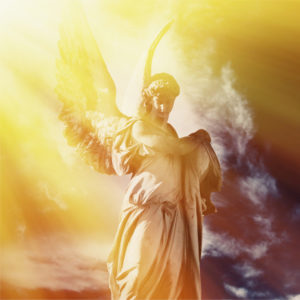 Did you know angels are a part of ministering the promise of healing to your body? Let these four testimonies feed your faith!

When you pray and believe for healing, have you ever wondered how it might come to pass? There are many different ways the Lord delivers healing. You can’t expect your healing to happen exactly like someone else’s, but you can always expect it!

According to the word of the Lord through Kenneth Copeland for 2020, this is going to be year of new visions, manifest power and great change. One way we can see this manifest power is through the ministry of angels. In fact, it’s one of the ways the Lord delivers His promise of healing to your body.

You have an angel who has been assigned to minister the promises and blessings of God to you (Hebrews 1:14). Your angel is an operator—capable of doing great things.

Find out more about how God manifests His power with these four testimonies of healing through the ministry of angels. He can do the same thing for you!

Testimony No. 1: Supernatural Surgery Through Angels

Kenneth Copeland is friends with Bishop David Oyedepo who pastors Faith Tabernacle in Lagos, Nigeria. Kenneth often travels to the church to minister to over 115,000 people and has a special relationship with the people there.

Just three years ago, Bishop Oyedepo was flying through the United States and asked if he could come visit Kenneth. During their time together, he shared a powerful story about a supernatural surgery through the ministry of angels that had just occurred.

Here is his story.

A young man, who was about 25 years old at the time, served on staff at Faith Tabernacle. He had suffered a gunshot wound that destroyed his elbow and required an elbow replacement. The device that had been surgically implanted was large and caused constant pain. But there was no alternative.

This young man was known for working tirelessly for the Lord. One day, he worked, served and ministered all day and into the evening during a church service where 130,000 new people had come for ministry.

At the end of the evening, he heard the Lord say to him, You’ve been working hard for Me; now I’m going to work for you. At the time, he didn’t know what God meant. So, he went home and went to bed.

When he woke up the next morning, he looked over, and the elbow joint replacement was lying on the bed next to him. He had a new elbow and was completely healed!

An angel had come and ministered supernatural surgery to carry out God’s creative miracle.

Testimony No. 2: A New Heart Through Angels

If you have something in your body that isn’t fixable according to the doctors, did you know there is a replacement waiting for you in God’s storeroom? A man named Gary Wood was a friend of Kenneth Copeland. He wrote a powerful book titled A Place Called Heaven, in which he describes what happened to him when he was killed in a car accident at the age of 18.

When he arrived in heaven, a friend of his who had gone to heaven a short time before, met him there and escorted him to what he described as a huge place where there were arms, legs, hearts, brains, shoulders, eyes—every human body part.

He asked his friend, “What is this place?”

His friend said, “This is the spare parts room. The Father has these available for His family. All people have to do is call for them, but most of them don’t.” He told Gary that when people prayed and believed for a miracle, an angel was dispatched to carry it out.

Find out more about the 3 Ways Angels are at Your Service HERE.

That’s what happened to a man who recently testified to Kenneth. He had been struggling with heart trouble and was scheduled for open-heart surgery. As a believer in the Word of God, he had been standing strong and believing for his healing. He hadn’t budged over into fear, doubt or unbelief.

One night, as he was sleeping, he suddenly woke up. He looked up and saw what appeared to be a man standing over him with his hands in his chest, moving things around. It was an angel!

The angel smiled and said, “Everything’s going to be OK. Go back to sleep.”

The man went back to sleep, and when he woke up the next morning, he had a brand-new heart. He never had to have the surgery, and his heart trouble was gone.

That is the healing ministry of angels—to carry out the miracles, blessings and promises of God.

You may not see your angel as this man did, but you can expect your angel to work with you to manifest power in your life. Ask the Lord, “Father, reveal to me how to activate my angel—how I can aid him in ministering to my family and me.”

Stand on the Word of God and believe that He will carry out what He has promised—maybe even by the ministry of angels.

Testimony No. 3: A New Thyroid Through Angels

If you’re wondering if angels only minister healing in your sleep, just ask KCM Partner and Believers’ Voice of Victorymagazine writer Melanie Hemry.

In the early 1990s, Melanie became very sick to the point where she didn’t feel she could function. She was so weak, she was unable to take her children to their normal activities. “I felt like the life was draining out of me,” she said.

She didn’t know what it was, but she knew she needed to get help right away.

When she went to see her internist, she was surprised to learn that her thyroid had died. It wasn’t just an underfunctioning thyroid—her thyroid levels were at zero. Her doctor put her on thyroid medication, which he said she would need to take for life.

As a former nurse, Melanie knew it is impossible medically to renew a thyroid. As a Christian with uncompromising faith, she knew it was not impossible for God.

She immediately went to her favorite scripture, 1 John 5:14-15, and reminded herself that when we pray, God hears us; and if we pray according to His will, we will have what we ask Him. So, she prayed and asked God to give her a new thyroid and believed she received it right then.

Then, she stood firm in her faith. Every day, for two years, as she took her thyroid medication, she thanked God for her new thyroid. Then…it happened.

One night she attended the Wednesday night service at Eagle Mountain International Church (EMIC). After the service, she saw a man who she knew had an amazing healing ministry. She felt prompted to approach him and ask him to agree with her for her healing.

She said, “I believe I’ve received a new thyroid. Will you agree with me?” He laid hands on her and prayed for her. As he was praying, she fell out in the Spirit. She shares more:

“It felt like I was under an anesthetic. Then, I felt someone kneel beside me. I felt my neck open up and then felt hands moving things around inside my neck. Nothing hurt me, though. Then, it stopped, and I saw the angel walk away.”

Melanie went back to her hotel and went to bed. When she woke up the next morning, without thinking, she took her thyroid medication. Very soon after, she began to feel very sick. As she considered her symptoms, she recognized them as hyperthyroid symptoms—an overactive thyroid. She realized that her medication had put too much thyroid hormone in her system because she had a brand-new thyroid!

She knew the angel had ministered a new thyroid to her body. She stopped taking her medication, and when she went back to her doctor, he tested her and found that her thyroid levels were normal. And they remain normal today!

Of her miraculous healing, Melanie says, “I believe that I was calling on the resurrection power of Jesus to bring me a new thyroid. That power resurrected my thyroid in the same way it resurrected Jesus.”

Sometimes we forget we have that power on the inside of us. Our faith—unwavering—has the power to release the blessings and promises of God in our lives. And it just might be an angel who ministers His glory and manifest power to us.

Do you need healing today? Take it from someone who has been there. Melanie says, “God doesn’t lie. You have to choose whether you’re going to believe your circumstances or the Word of God. Always choose God.”

Testimony No. 4: A Supernatural Bypass Through Angels

Kenneth Copeland is one of the healthiest 83-year-olds we know. He certainly is living out supernatural health before us! He eats right, exercises and confesses healing regularly.

Just a few months ago, however, Kenneth noticed he was experiencing shortness of breath, and one of his physicians detected a whooshing sound in his neck. He advised him to get it checked out.

Before he even had a chance to make an appointment, he stood on the Word of God, and declared, Thank You, Jesus! I take my new heart! I take it right now. I have it, and I’m so grateful to You for it. And I forgive if I have anything against anyone.”

Need a new body part of your own? Learn how to receive one HERE.

At his physical a few months later, he learned his body was still not making enough oxygen. It turned out that one of the valves in his heart was not closing as it should. He was scheduled for an angiogram the next day.

At the appointment the next day, the nurse and doctor both listened to his heart before the test and said they didn’t understand why he was there. They didn’t hear anything but a healthy heart! They went ahead with the angiogram and the findings were miraculous.

The doctor said, “There’s one artery that is completely blocked, but it bypassed itself.” Healed in the Name of Jesus!

“I had bypass surgery and didn’t know it!” Kenneth said. “Sometime between March 3 and March 4 a ministering angel operated on me and delivered healing to my heart. I have a new heart!” he said.

You, too, can see the manifest power declared in the word of the Lord for 2020 come alive in your own life! These four testimonies of healing through the ministry of angels are a powerful way to help you stir your own faith for healing. Healing belongs to you! Give your angels a chance to deliver all God has promised to you. Receive your healing now!

Watch Kenneth Copeland teach you about the different ways angels will work to help you.