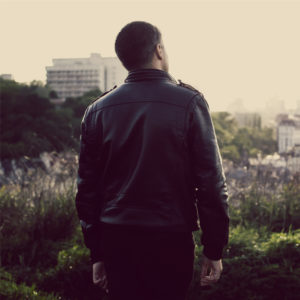 If you need a move of God in your life, don’t let unbelief get in the way! There are three ways to overcome unbelief you can put into practice today.

If you need a move of God in your life today, and it hasn’t come to pass, one thing could be stopping it. Maybe you’ve been needing healing in your body for a long time, or you’re facing a financial challenge so big, you don’t know how you’ll overcome it. You’ve likely prayed about your situation again and again, but the passage of time may have left you wondering—Why hasn’t it come to pass?

Whenever we ask why we aren’t seeing His miracle-working power, Jesus answers back, “Because of your unbelief” (Matthew 17:20, KJV).

It can be tough to hear, but it is unbelief, not the will of God, that is the cause of so much defeat in the lives of believers. It’s not that we don’t want to believe, for the most part; it’s that we haven’t learned how to overcome the tiniest bit of unbelief that resides in our hearts. Often, we don’t even know it’s there until we take a closer look.

That was likely the case in Jesus’ own hometown where “he did not do many mighty works there because of their unbelief” (Matthew 13:54-58, KJV).

Why is belief so important? Because “If you can believe, all things are possible” (Mark 9:23, NKJV). And that’s where God wants us to live—in the realm of what is possible through Him, and Him alone. That’s what sets believers apart from a lost and dying world.

Today, you may feel like the man with the demon-possessed child who had cried out to the Lord for help when he said, “Lord, I believe; help my unbelief!” (Mark 9:24, NKJV).

If you desire to be a man or woman who believes in the promises of God without wavering, you can keep the weeds of doubt out of your garden by putting into action these three ways to overcome unbelief.

Ignorance is the devil’s playground. He knows if he can keep you from knowing all that belongs to you, he has you. A lack of knowledge results in unbelief—and the devil is right there to take advantage—telling you you’re sick, broke, depressed and a failure. But Satan is overruled by the Word of God. If you know this, you can object to his claims. If you don’t, you’ll buy what the devil is selling and stay right where you are.

Maybe you’re praying for healing today. You say all the right words, “Thank God, I believe I receive…” but inside you’re thinking, I wonder why God isn’t healing me?

Even if you confess you believe you are healed, you can still stagger at the promise of God—believing what your body is telling you instead of the Word of God.

“But if slipping into unbelief is so easy,” you may say, “how can we avoid it?”

Hebrews 4:11 tells us: “Let us labour therefore to enter into that rest, lest any man fall after the same example of unbelief” (AKJV).

We must labor! How? By hanging on to the promises of God by faith day after day.

Don’t get casual about the Word. Don’t make the mistake of thinking, Oh I know all that faith stuff. I know how to receive my healing. If you do, you’ll slack off, and one of these days, the devil will catch you unprepared and steal you blind.

That’s what happened when the disciples could not cast the demon out of the child. They felt defeated, asking, “‘Why could we not cast it out?’ So Jesus said to them, ‘Because of your unbelief’” (Matthew 17:19-20, NKJV). Then He added, “However, this kind does not go out except by prayer and fasting” (verse 21, NKJV). Many people believe He was talking about the demon, but He wasn’t. You can’t fast a demon. He was referring to the kind of unbelief—He was telling them how to overcome it.

What is it they did not believe? They did not believe what He had already said to them in Luke 9:1 when He “gave them power and authority over all devils” (KJV). They were walking the fine line between belief and unbelief. And that’s what we have to beware of, too.

The difference is between you receiving all God has for you or not receiving at all.

Can you see that little difference? It was a small difference in the belief—but a big difference in the result. That’s what was wrong the day the disciples tried to cast out the demon. They had forgotten what Jesus said. He gave them power, but they still had unbelief.

“Do not fret or have anxiety about anything, but in every circumstance and in everything… continue to make your wants known to God.” –Philippians 4:6 (AMPC)

The basis of all unbelief is fear. If you don’t deal with it, it will begin to work on your mind and you will begin to question the Word of God.

Did you know that it is impossible to worry and trust God at the same time? Worry is a form of unbelief; it causes us to doubt God’s love and His ability to come through for us when we need Him.

Satan can put pressure on you over your finances that goes beyond anything you’ve ever seen. He can squeeze you over money, particularly if you’re in the ministry because it threatens to stop the very thing that God told you to do. All doubt, all unbelief and all the pressure from it is fear based.

Fear will keep you from the promises of God—even if you know what they are.

The Lord was grieved by the Israelites when He had delivered them out of Egypt. But it wasn’t the sins of adultery or stealing that grieved Him. No. It was the sin of unbelief. They could not enter into the Promised Land because of unbelief. Not because God didn’t want them there, not because they were so unworthy, not because He was trying to teach them something. It was because of their unbelief.

God said rise up and take the land. All they had to do was believe God and just head in that direction—He had already done the rest. But they said, we can’t go in there, there are giants in the land, we are like grasshoppers in their eyes (Numbers 13:31-33).

The only antidote to fear is to believe. Faith cancels fear.

When Jairus came to Jesus asking that He come and heal his daughter, others told him to forget about receiving because his daughter was dead. That was the world talking, but Jesus said, “Do not be afraid. Only believe” (Mark 5:36, NKJV). Jesus was helping him receive healing for his daughter. He knew fear would cancel out faith, while believing would release miracle-working power.

When a situation comes your way that could invite fear, make the decision that no matter what happens you will refuse to fear. When a bad report comes, say out loud, “I refuse to fear.” You will overcome unbelief by rejecting the spirit of fear in your life.

If you mess up and speak doubt—repent. Don’t let unbelief be the last word about the situation. Simply say, “I negate those words, in Jesus’ Name. I believe I’m out of debt. I believe I’ve received every bill paid. I believe I’m healed and made whole.”

The love of God is a powerful force that has provided you with abundant life.

But most Christians don’t have faith in His LOVE. If you were to ask them if God loves them, most would say yes, but they don’t really believe it. They just mentally agree with John 3:16.

We see a picture of this when the disciples were on a ship that was threatened by a great storm. Jesus was asleep on a pillow, and they woke Him up shouting, “Teacher, don’t You care that we’re going to drown?” (Mark 4:38).

That’s unbelief! In what? THE LOVE—WHO IS GOD—WHO IS LOVE.

That’s where we get it wrong.

The children of Israel had all just been miraculously delivered by LOVE Himself from a horrible, nightmarish existence, and they believed Moses (sent by God) was trying to kill them (Exodus 14:11, 17:3). People today often say and think the same kinds of things: “Well, I guess God called me into this ministry, so I could die in this miserable place,” or “You know, I believe you have to be poor to truly serve God,” or “Maybe God put this sickness on my baby to bring me down a notch or two.”

Pray this prayer to help you overcome unbelief.

You can overcome unbelief! When you know God’s will and believe it without a doubt, refuse to fear, and receive the unending love of God, you will overcome unbelief and receive what you desire! Jesus of Nazareth doesn’t want you to have to depend on the government, your job or your family.  He wants you depending only on Him. There’s nothing you can’t have when you believe!